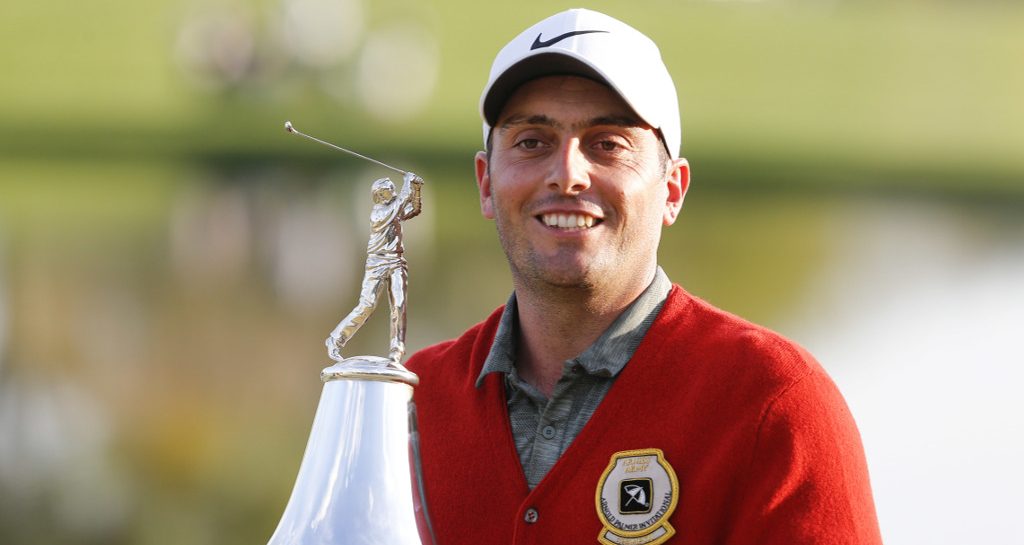 The reigning Open champion did not miss a single putt from inside 15 feet as he charged from five shots back to snatch victory with a bogey-free eight-under par 64.

“Incredible,” Molinari said. “It’s high up there with the best wins I’ve had.”

Having looked imperious on the greens throughout the day to pick up seven birdies, Molinari promptly holed another 43-foot monster on the 18th to put himself firmly in the driving seat.

🇮🇹 @F_Molinari's clutch birdie on the 72nd hole @APinv is even more exciting when called by @GOLFTV's Italian broadcasters. 🔊 pic.twitter.com/uFE5INGzNq

He then watched on from the clubhouse as all the groups behind him failed to get close to his 12-under-par total.

“I could have done a lot more than that to be honest,” Molinari said. “It was really amazing to see.

“I’m just super glad. It’s great to get it done here at Arnie’s place, knowing my wife and kids are watching back home.

“It’s a special, special one. Arnie was a special player but also a special person and a global icon. He and Jack (Nicklaus) were up there with the gods.”

It was sadly another forgettable day for Rory McIlroy, who started the final round one shot off the lead but finished it four shots back after a lackluster level-par 72.

It marked the seventh time in the last 12 months that he played in the final group on the last day without a victory to show for it.