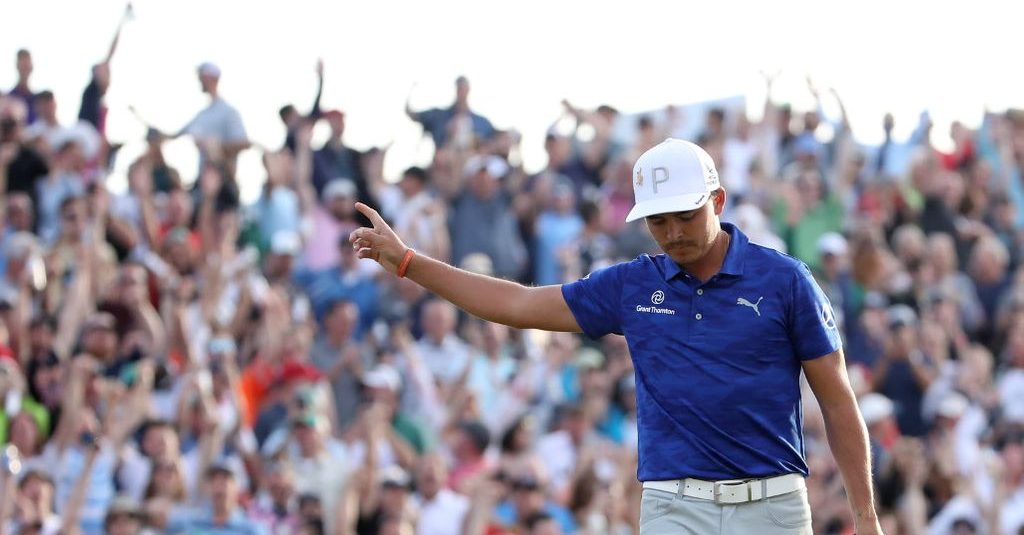 Rickie Fowler will take a one stroke lead into the weekend as the Waste Management Phoenix Open hit the halfway stage on Friday.

The world number 14 would sign for a six under 65 around TPC Scottsdale, enough for a one shot lead over friend and roommate for the week Justin Thomas, who carded a 66.

Fowler came into the second round tied for the lead but struggled on the opening nine, rolling in two gains and a bogey. A sizzling iron shot left him a four-footer for birdie on the 12th but a superlative charge saw him close with four consecutive birdies, with his eight foot putt on the last earning a thunderous applause from the Phoenix faithful.

With Thomas one stroke back, Fowler now gets to play in the final group with his buddy, but he’s more concerned about bragging rights…

“Getting to play with your buddies, those are the people you want to lose to the least,” the American told the press.

“So having bragging rights right now. We have a long way to go, there’s a lot of golf to be played…that will be fun. I definitely don’t want him out in front of me.

All that and more in #TheTakeaway. 📺 pic.twitter.com/O1pK5rtKCB

Meanwhile, Brandon Grace endured a tumultuous round to eventually sign for round-of-the-day seven under 64, which leaves him tied for third with Trey Mullinax. The South African rolled in a hole-in-one on the 194 yard par three seventh, a double bogey at the 11th, an eagle at the par five 13th and five birdies for a colourful scorecard.

“I felt really good over the shot, hit a great shot and the guys behind the hole actually started jumping up before the ball actually went in,” said Grace.

“When people start jumping up, you know it’s there or thereabouts. Obviously, what a nice place to have one.”

Further down the leaderboard, veteran Matt Kuchar and Cameron Smith are locked on ten under in T5, while two-time Masters champion Bubba Watson and Martin Laird are a further shot back.