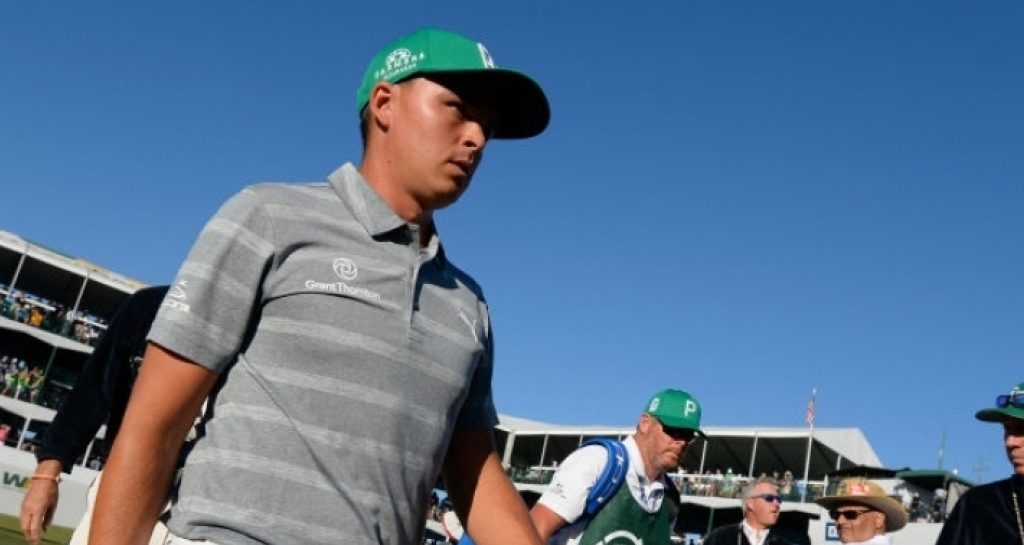 Rickie Fowler finished with three birdies on the last three holes on Saturday to grab the lead at the Waste Management Phoenix Open.

Fowler’s birdie blitz saw him finish with a four-under par 67 to reach 14 under par, one shot ahead of a group of three players that include world number two Jon Rahm.

Phil Mickelson, Daniel Berger and Xander Schauffele lie one shot further back on twelve under.

“It was a grind,” Fowler said after his round. “Little off in certain areas. I tried to piece things together. We took advantage of the last few holes. That is the biggest scoring opportunity on the golf course.”

A huge crowd estimated at 216,000 spectators enjoyed some splendid golf in the sunny conditions.

Rahm, who almost won here as an amateur, also finished strongly, going on an incredible run of five birdies over his last eight holes to shoot a 65.

Last season’s PGA player of the year  Justin Thomas enjoyed a roller coaster ride of a round, birdieing the first six holes, before suffering a back-nine collapse. Thomas went bogey-triple bogey-double bogey over three holes starting on the 14th as he carded a level-par round to finish the day eight strokes back of Fowler.