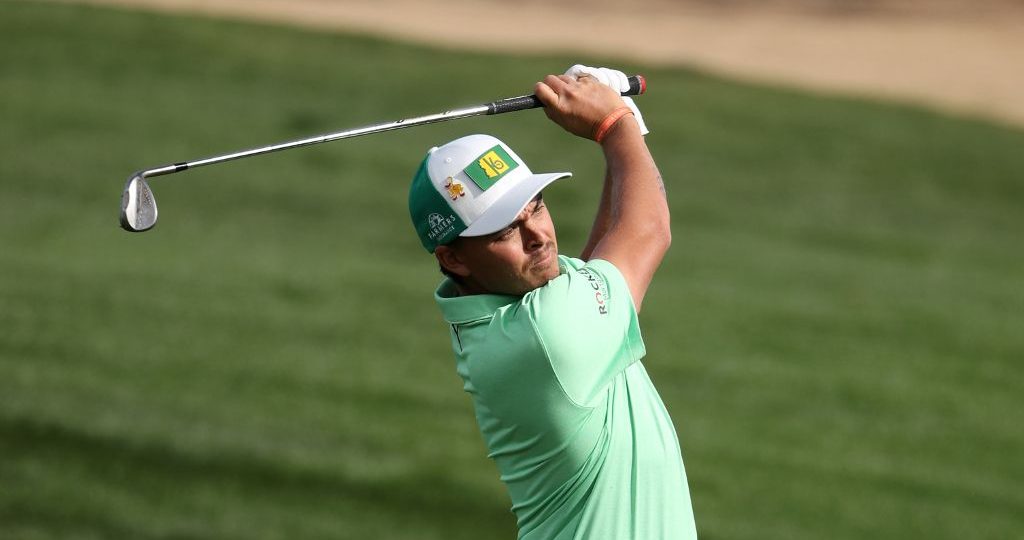 Rickie Fowler, Justin Thomas and Harold Varner III share the lead after the opening round of the Waste Management Phoenix Open on Thursday.

Out in the morning, friends Fowler and Thomas signed for seven under 64s around TPC Scottsdale, enough for a one stroke lead over JT Poston and Scot Martin Laird.

Fowler enjoyed a bright start, finding himself three under after four holes thanls to an eagle on the 13th. The world number 14 rolled in three birdies coming home and almost had fourth on the par four ninth, his last, with a stunning effort from 24 foot. He knew that would have put him ahead of Thomas, who is under the same roof as Fowler this week.

“I was really hoping I was going to make that last putt,” the American said of his birdie effort.

“I hit it perfect and it kind of…I thought it was going to break a little more at the end, it didn’t. We’re sharing a house this week, so I wanted bragging rights at dinner tonight.”

Thomas was also bogey-free for his 64 with five gains on the front nine, while Varner joined the pair in the afternoon, thanks to a 31-foot putt on the stadium hole at the 16th, which he punctuated with a dab.

Further down the leaderboard, two-time Masters winner Bubba Watson is on five under while world number six Jon Rahm is on four under after his 67.