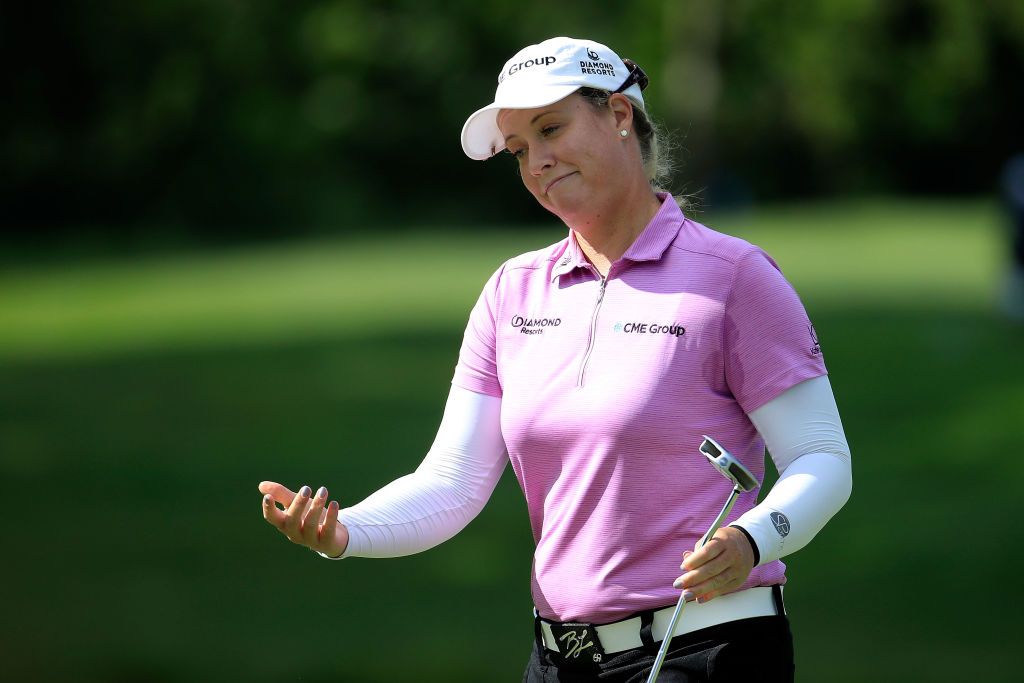 Robert Streb carder a blemish free nine-under-par 63 on Saturday to join three others at the top of the leaderboard at the Barbasol Championship at Keene Trace Golf Club.

Streb, Hunter Mahan (64), Tom Lovelady (65) and Troy Merritt (69) all finished a busy day at 18-under par, on a day when many golfers had to play two rounds following storm delays from Friday.

Brittany Lincicome, the first woman to play in a PGA Tour event for 10 years, fired a 71 for her second round on Saturday morning, but missed the cut with a two-round total of 5-over 149.

The top of the leaderboard is bunched up, with ten golfers within three shots of the lead.

It’s a traffic jam at @BarbasolChampKY.

Streb, 31, said that Sunday’s final round would make for an exciting time.

“Everybody’s going to have a chance at it,” Streb said. “It will probably come down to who’s hitting close and making the putts. I’d love to have a six-shot lead or something, but it’s great to have a chance and we’ll see how it goes.”