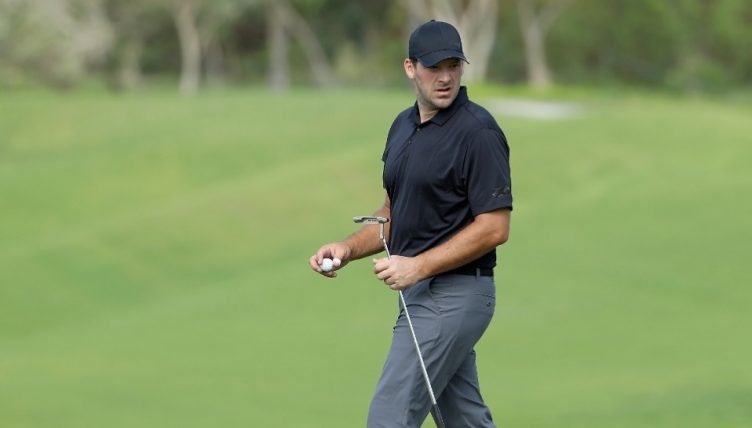 The ex-Dallas Cowboys star is playing in the Dominican Republic courtesy of a sponsor's invite, but finds himself in a real battle to make the cut after struggling to an opening-round 77.

Romo started solidly enough and was still level-par at the turn thanks to three birdies and three bogeys, but the wheels came off on the back nine.

The 37-year-old dropped five shots during a brutal four-hole stretch from the 13th to sign for a five-over 77.

His round did feature a couple of amazing highlights. He drained a 40-foot birdie putt at the fifth and nearly holed out for an eagle at the eighth.

Leading the way in Punta Cana is American Brice Garnett, who opened with a superb nine-under-par 63.