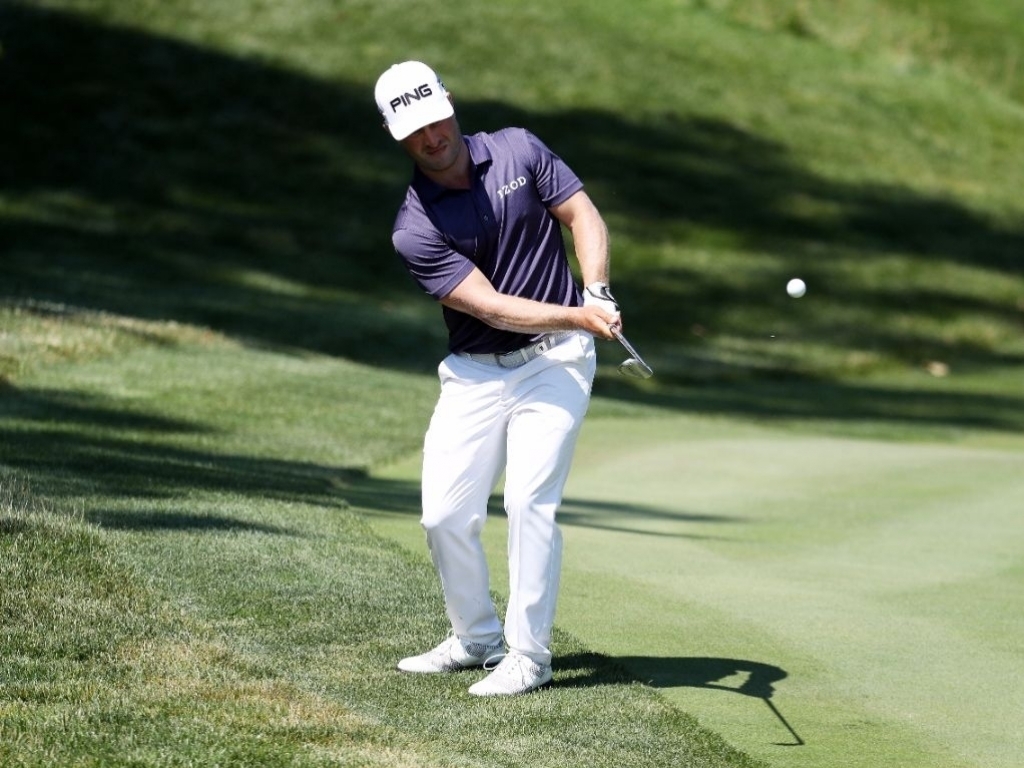 David Lingmerth extended his advantage at the top of the leaderboard after a second successive near-flawless round at the Quicken Loans National.

The Swedish player made it back-to-back rounds of 65 in Washington to move two shots ahead of veteran Geoff Ogilvy.

Lingmerth hit 10 of 14 fairways on Friday and has now gone 34 successive holes without a bogey.

Several players predicted before the tournament that 10 under might be a winning score and with Lingmerth there already, the 29-year-old hopes that proves to be the case.

“It happens quite a bit actually that (the) two-round score ends up being pretty close to the final winning score,” said Lingmerth.

“That's not necessarily always the case. So I'm hoping to keep plugging away, making more birdies over the weekend."

Former US Open champion Ogilvy also shot a 65 after he took advantage of calm morning conditions to birdie three of the opening four holes.

"That 7:15 (tee time) is pretty early. You've got to get out of bed pretty early, but once you get out here it's always nice. It was the perfect morning to play golf," Ogilvy said.

"It's always nice to be under before you're over on a course this hard."

Daniel Summerhays is in third – four shots adrift of Lingmerth – while Sung Kang and Arjun Atwal are one further back.