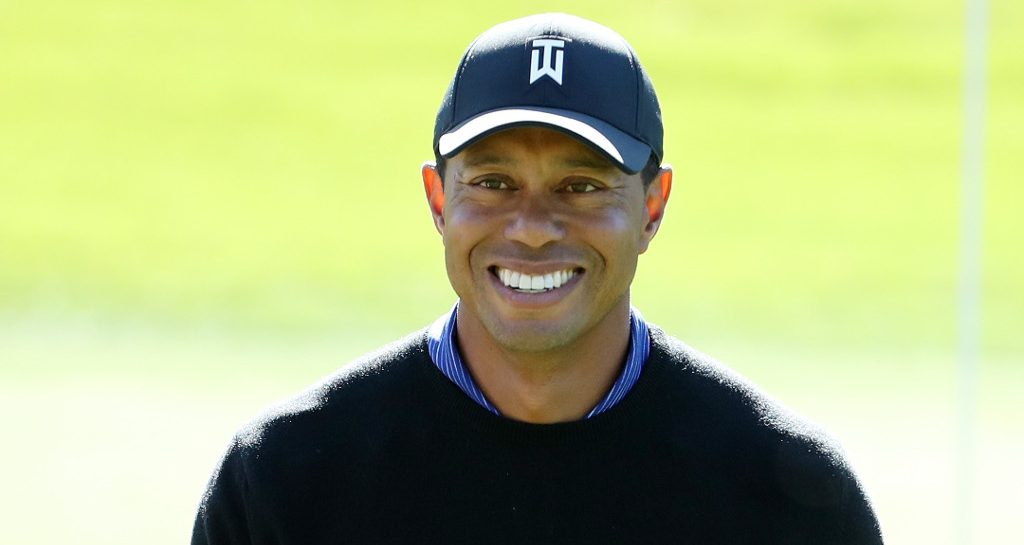 Tiger Woods can’t wait to get the new year rolling at this week’s Farmers Insurance Open, having spent the off-season training and strengthening his body.

Speaking to the media ahead of Thursday’s opening round at Torrey Pines, Woods said it was great to start the year having full confidence that his body will hold up and knowing he can cope with the task ahead.

Always fun to put new toys in the bag. Excited and ready to get 2019 started. #TeamTaylorMade #FIO19 pic.twitter.com/M6CXU4CZSg

It was a very different story for the 14-time major champ last year, when he had very little idea how he would fare after spinal fusion surgery.

“Last year was very fluid,” Woods said. “It was like trying to hit a moving target last year and it was quite interesting to try to figure it all out as the year progressed and it evolved.

“This year I have a great understanding of what I can and can’t do. There’s not that uncertainty that I had going into the year last year after what I did at the end of last year.

“Playing seven out of nine weeks was quite a bit. The body held up better than I thought it would, even though I got pretty tired at the end – overall it held up pretty good.”

Woods featured in the Hero World Challenge last month but has not played an official PGA Tour event since September, and there are few better courses for him to make his return than Torrey Pines, where he was won eight times – including his last major victory at the 2008 US Open.

It's a new year for @TigerWoods.

“A lot of it [off-season] has been training, trying to get stronger. Last year, towards the end of the season, I got really tired because I didn’t expect to play that much golf at the end and I didn’t train for it.

“This off-season I spent a lot of time in the gym and I’ve gotten a lot stronger and feel like my legs are there where they need to be, which they weren’t at the end of the season.”

Woods also revealed that he plans to take advantage of a new rule that allows players to leave the flag in the hole while putting.

“Some of the putts where the hole is kind of visible as it comes up over a rise … it would be nice to have a reference point so I’ll probably leave it in for those kinds of putts,” he said.

Woods said he had also practiced leaving the flag in when putting downhill.

“It just felt like I could hit it more aggressively, which I did and I started running it eight to nine feet by (the hole).

“It might be more advantageous when we get on faster greens with a little more slope, i.e. Augusta,” he said, referring to the Masters.

“It will give you more security on a three to four footer down the hill. You can just take a cut at it.”

Now that he’s returned to the winner’s circle (at last year’s Tour Championship) and put his injury woes behind him, Woods said he was moved to discover how much his return to form meant to those who had stuck by him through the tough times.

“Players, friends, people who saw what I went through at home, they saw the difficult times,” he said.

“And for them to see that I had made it this far back, that was touching to me because I didn’t really expect that.

“I’m inside the ropes, I knew what it took for me. But I didn’t know it would have affected anyone else.”