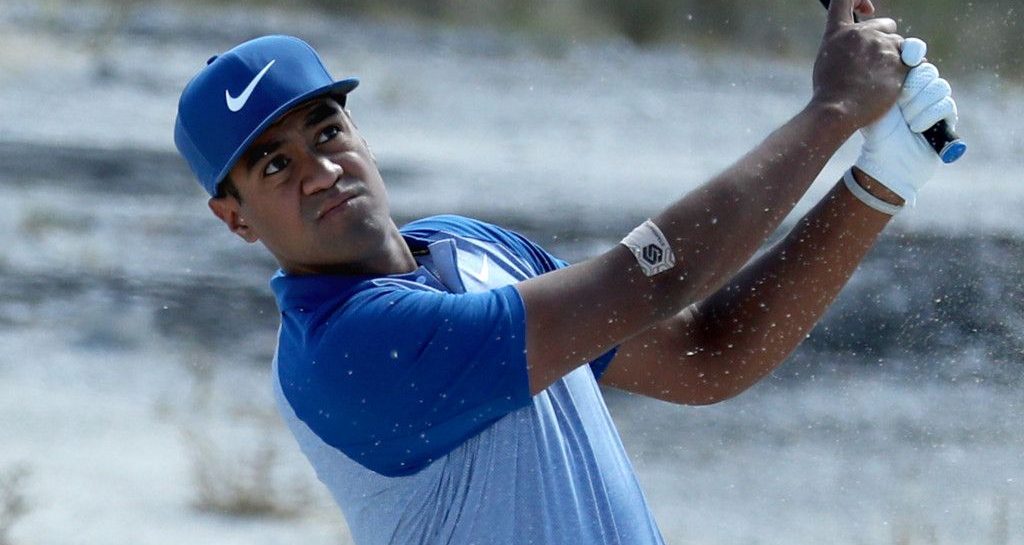 Tony Finau, Henrik Stenson and Jon Rahm will go into the final round of the Hero World Challenge tied at the top of the leaderboard.

Finau backed up his sizzling 64 on Friday with a five-under-par 67 to leave him on 13 under for the event, while European duo Stenson and Rahm both signed for 69 at the Albany course in the Bahamas.

The American dropped his first shot in 27 holes on the par-three second, but took advantage of a hot putter to make six further gains.

Gary Woodland’s five-under 67 would elevate him to solo fourth, two shots adrift of the leading trio. The talented Rickie Fowler follows in fifth on ten under.

🎯 @RickieFowler just threw a dart with a DRIVER.

First round co-leader Patrick Cantlay slipped further down the leaderboard following a disastrous four-over 76, leaving him in T12 on five under.

Patrick Reed and Xander Schauffele shared the lowest round of the day honours, both carding six-under 66s.

Alex Noren played a bizarre back nine where he sandwiched his triple bogey seven on the 16th with an eagle on the 15th and a hole-in-one on the 17th. The Swede’s 70 leaves him on eight under for the tournament.

Meanwhile, Tiger Woods struggled to post an even-par 72 in a tumultuous round where he was three over after his opening three holes.

The former world number one pulled it back with three gains but gave up bogeys at the 12th and 14th. Woods did manage to finish strong, but remains at the bottom of the leaderboard at two under, with former PGA Championship winner Jason Day and Japanese star Hideki Matsuyama one shot ahead.