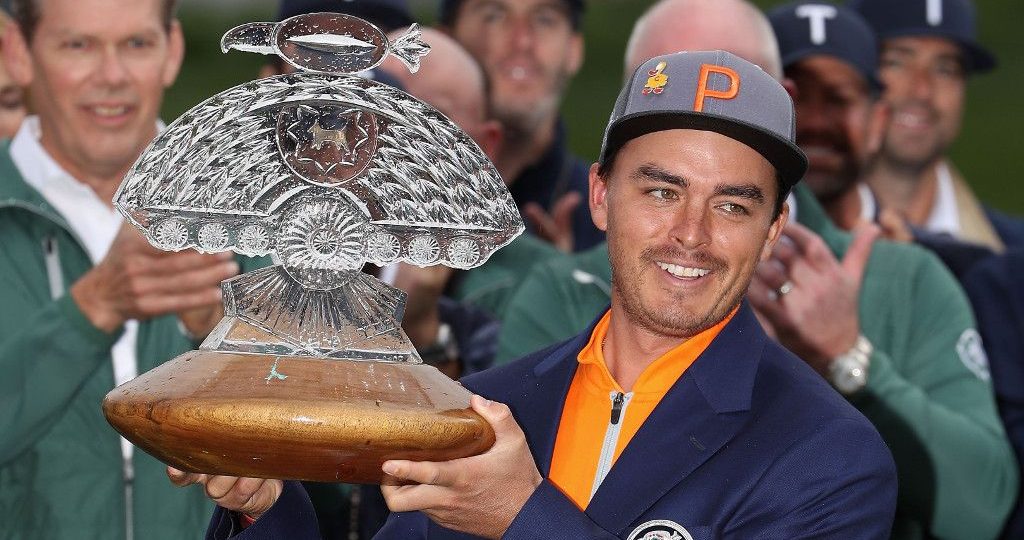 Rickie Fowler held on in tough conditions to notch up his fifth PGA Tour victory at the Waste Management Phoenix Open on Sunday.

The American endured a tumultuous final round, eventually signing for a three over 74 around at a rain-soaked TPC Scottsdale, enough for a two stroke win over South African Branden Grace.

Cheers to the champ. 🥂 pic.twitter.com/HYNcNH93Lt

Fowler started the day with a five stroke lead and even after a disastrous double bogey at the fifth, a string of pars and a birdie on the tenth put him back on track for Sunday silverware.

But then things got weird.

On the monster par four eleventh, a poor drive left him well short and Fowler was forced to lay up. He was then too aggressive with his third and the ball rolled off the back of the green and into the water. After taking a penalty drop and sizing up his options, the intense rain caused the ball to slip back into the water before he played his shot.

After some intense rules discussions, the official ruled the ball had been in play and Fowler would have to take another penalty drop. He did so, quickly chipped onto the green and rolled in a 17-foot putt for what he would later described as “a real good triple.”

Now Grace was breathing down Fowler’s neck and after he bogeyed the 12th and Grace birdied the 13th, the South African found himself one shot ahead.

But Fowler turned up the intensity and rolled in two birdies on the final stretch, while Grace floundered on the 17th, driving into the water to card a bogey.

“It was a bit of a rollercoaster,” said the new world number eight.

“Other than two holes, it was a decent round. It was a bad break with the ball rolling back in the water.

“That’s what’s nice about having a cushion after the first 54 holes. I hope I never have to go through that again.”

Fowler’s friend and roommate for the week, Justin Thomas, fired a final round 72 in the difficult conditions to finish alone in third on 14 under.