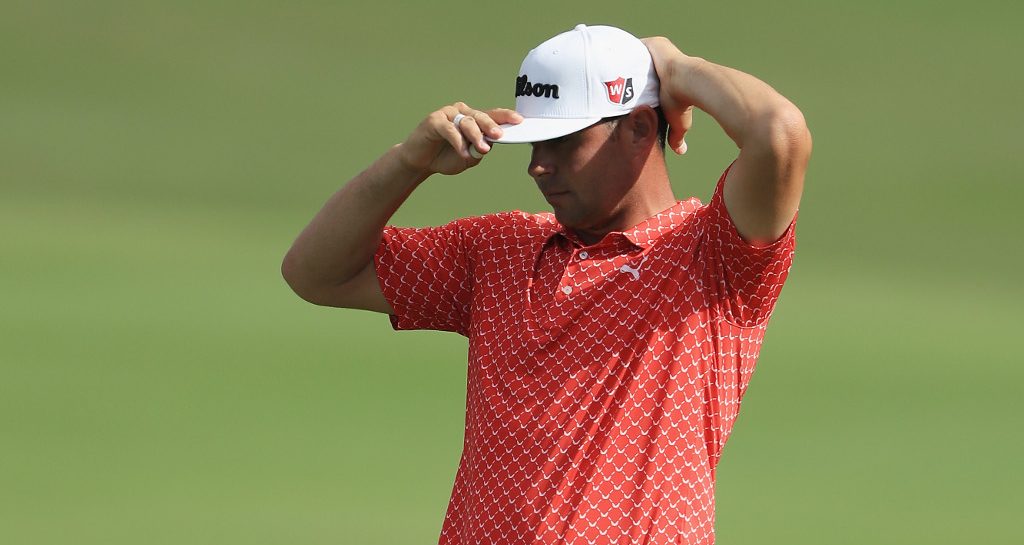 Gary Woodland carded a 5-under 68 on Saturday to consolidate his three-stroke lead after 54 holes at the Sentry Tournament of Champions.

Woodland, who started the week ninth in the Race to the FedEx Cup, is projected to finish it first if he continues in this vain for the remaining 18 holes.

Woodland soldiered on Saturday, shortly after receiving word that his grandmother had died in Kansas on Friday night.

Perhaps fuelled by some of that emotion, the American drained three birdies on a bogey-free front nine, followed by a memorable eagle at 15 and birdie on the 18th. Woodland drained what is estimated to have been a 63-foot putt for that eagle.

His only blemish of the round was recorded on the par-four 12th, where he carded a five.

Traditionally, Woodland does not handle the 54-hole lead of a tournament very well. However, it is becoming increasingly difficult to see him squander this glorious opportunity.

Positions two to four on the leaderboard are cramped but the one player with the most realistic prospect of stemming this stunning Woodland tide is Northern Ireland’s Rory McIlroy.

McIlroy, who also carded a 68 for the round, is showing further glimpses of the player he was in his early twenties – an ominous sign for the rest of the players competing on the PGA Tour.

Australian Marc Leishman is alone on 13-under, after he also a carded a 68 on a dramatic moving day. Rounding up the top five are Xander Schauffele and Bryson DeChambeau, both on 12-under for the tournament.

It is quite impossible to see anybody else challenging for the title beyond that though. Player of the Year Brooks Koepka encountered more adversity on Saturday, and finds himself fourth from the bottom of the leaderboard with the 18 holes to play.

The US Open Champion carded an even 73 for the third round, which puts into harsh perspective just how much rust he has had to negotiate this week.

Equally stunning was the performance of Bubba Watson, who carded a 74 on yet another round where he just wasn’t able to get anything going at Kapalua.