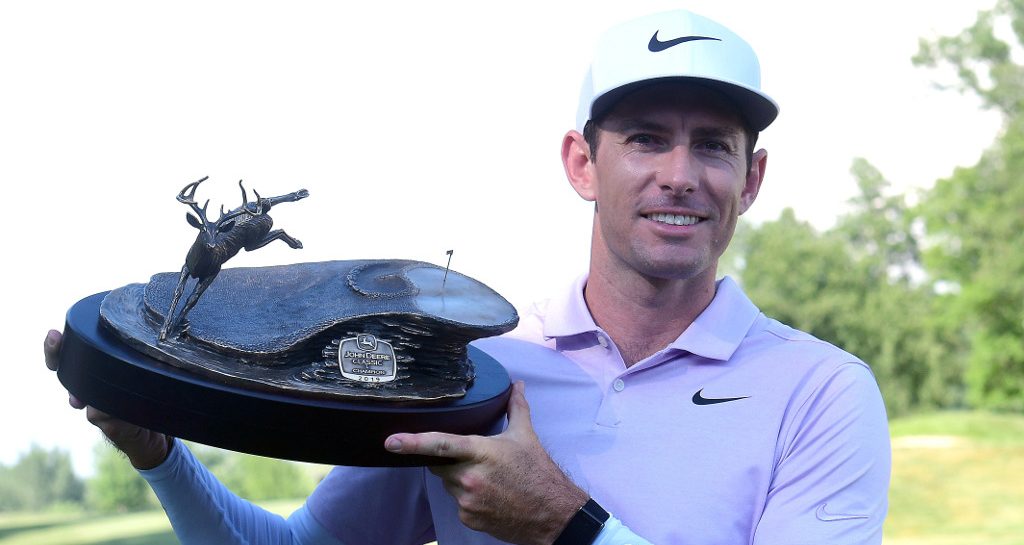 Dylan Frittelli won the John Deere Classic on Sunday to earn his maiden PGA Tour title and secure a spot in the Open Championship in the process.

The 29-year-old South African closed with rounds of 65 and 64 on the weekend to finish two strokes clear of American Russell Henley on 21 under par.

Henley fired a spectacular 61 on Sunday but it still wasn’t quite enough.

Frittelli didn’t make a single bogey in closing seven-under-par 64, starting with three straight birdies out of the gate to quickly close the gap to overnight leaders Cameron Tringale and Andrew Landry before adding three more in a four-hole spell starting from the eighth. A closing birdie at the 18th was the icing on the cake and sealed the impressive two-stroke win.

Frittelli, a former two-time winner on the European Tour, played in both the 2017 and 2018 Open but missed the cut on both occasions and had not qualified for the British major this time around.

But he will now head to Royal Portrush full of confidence after his breakthrough win at TPC Deere Run, which saw him make just one bogey the whole week.

A worldwide winner. 🌎@Dylan_Frittelli has won in …

“I knew I had to come out here and make a bunch of birdies today,” Frittelli said. “Nothing was going to change that, whether I was four shots back or one shot back. It had no bearing on how I had to play today.

“Luckily, I managed to have that mindset overnight. And when I got going, I felt really comfortable.”

Aside from a place in the Open, Frittelli is now also in line for a FedEx Cup appearance, after jumping from 154th to 48th with his win.

“Now that I’ve jumped inside the top 100, I can look at those final three playoff events and hopefully make a run,” said Frittelli. “Not sure how many points it’s going to take to get there. But I’m trying to push for that. And then The Open — I’ve played the last two — but I’m super excited to get over to Ireland.”