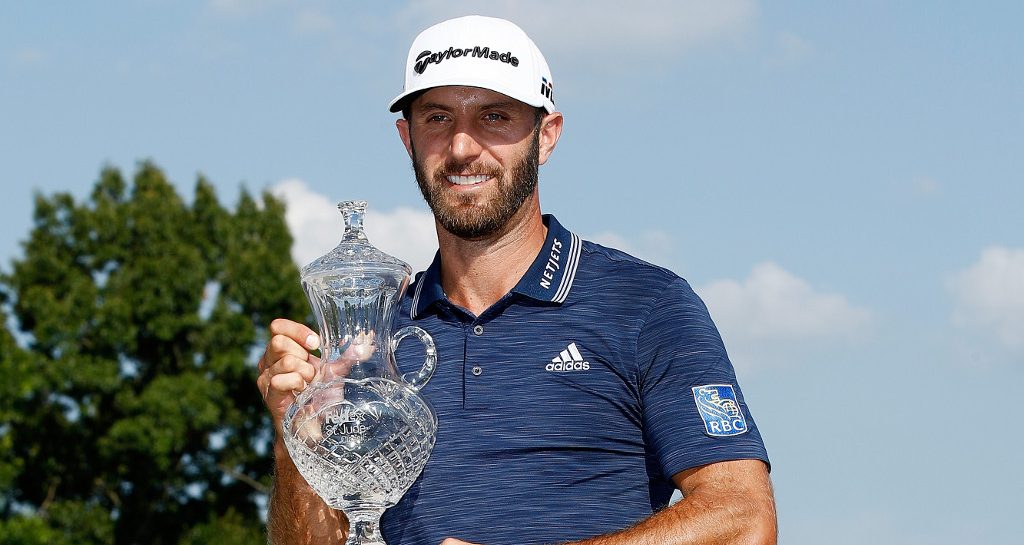 Dustin Johnson moved back to the world number one spot less than a month after losing it thanks to an emphatic six-shot victory at the FedEx St Jude Classic in Tennessee on Sunday.

Johnson hit three birdies, a bogey and holed out for an eagle at the last to finish 19-under-par, well clear of overnight co-leader Andrew Putnam on 13-under.

Eagle finish not a bad way to end it at @fesjcmemphis. Thanks to all the fans for the support this week! pic.twitter.com/OC4ygIIKmq

The result was never in doubt after Putnam started with a double bogey at the first and dropped a further shot at the fifth as he finished with a two-over 72, although Johnson didn’t really make a move until the back nine with birdies at 13 and 16.

He put the icing on the cake with that walk-off eagle.

It was Johnson’s 18th career PGA Tour victory and his second at St Jude, which he also won in 2012.

The win also helped the 33-year-old regain golf’s top spot from Justin Thomas, who ended Johnson’s 15-month spell at number one on May 13.

He also moves into second place in the PGA FedEx Cup rankings behind Thomas.

Johnson will now take the momentum into next week’s US Open at Shinnecock Hills as he looks for a second major title following his win in the same tournament at Oakmont in 2016.