World No 1 Dustin Johnson in charge at Harbour Town 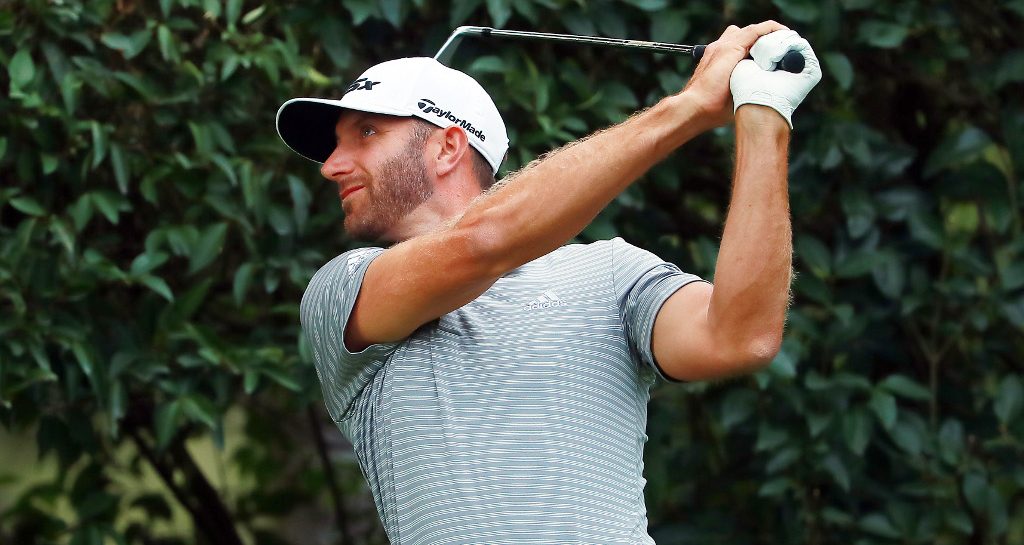 Dustin Johnson will take a slender one stroke lead into the final round of the RBC Heritage on Sunday.

The American signed for a three under 68 around the Harbour Town Golf Links on Saturday, enough to take him to ten under for the tournament and one ahead of the chasing pack.

Ian Poulter, Shane Lowry and Rory Sabbatini are all on nine under, while a host of others arte locked on eight under, with eleven players with three shots of Johnson.

Johnson’s putter was running red hot on the small Harbour Town greens. On the sixth, he dropped a 20 footer for a birdie, then did the same from 19 foot out on the 13th but the highlight was a 47 foot curler on the par three 14th.

Despite finding just five out of 14 fairways, Johnson rolled in just 25 putts for his round.

“The course played tough,” the world number one told the press.

“It was very challenging. It was tough getting balls close to the hole. I’m really enjoying playing in it.

“I really enjoyed playing in it last year after being away for so long. It’s something I look forward to now. We have a really big fan base here and growing up in South Carolina definitely helps.”

Lowry, who had a three stroke lead over Johnson at one stage, conspired to drop three strokes on the back nine and card an even par 71. Meanwhile, Poulter impressed with a second consecutive 67. The Englishman came back from an opening double bogey to roll in six birdies to get back into contention.

“I don’t put any pressure on myself anymore,” said the philosophical 43-year-old.

“It’s not about the win, it’s about being in contention, which I’ve done that a lot this year. I feel great about my game and I’m just going to go have some fun.”