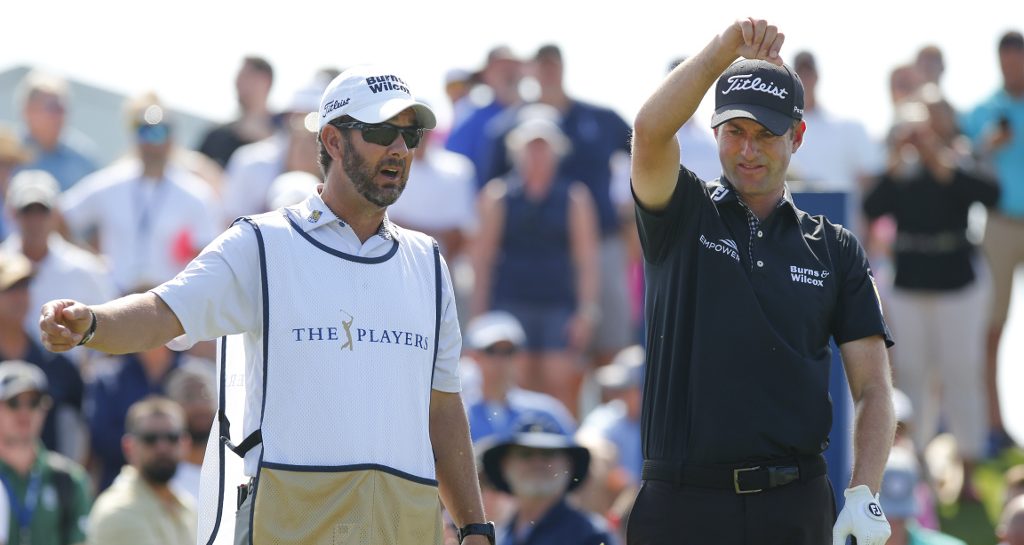 After suffering what he believes was an unfair penalty at the Players Championship, Webb Simpson is more convinced than ever that the new rules of golf are bad for the game.

The American was handed a one-shot penalty during his final round at The Players Championship after his putter became entangled in his shirt on the 14th and he accidentally moved his ball “a quarter of an inch”.

An on-course official ruled that Simpson had violated Rule 9.4b (Ball Lifted or Moved by Player), and Simpson had no choice but to take the bogey on the chin.

Under the new rules, Simpson would have avoided punishment had his ball been on the green, a fact which only seemed to frustrate him more.

“My ball was on the fringe, and I was seeing if I was standing in the rough or if I was going to get both feet in the fringe and the end of my putter just got stuck on my shirt and it moved the ball about a quarter of an inch,” he said.

“If it’s on the green it’s not a penalty, so this is where I’m going to be loud and clear. We have to get intent into the rules. We have to. Because it’s killing our game when it comes to these kinds of things.

“[The official] said if the ball’s off the green it doesn’t matter about intent. Now you can be looking for a ball in the rough this high at a U.S. Open; if you step on it, it’s a penalty.

“It used not to be a penalty. So they have reversed that rule that saved the player from a mistake that anybody can make. Why would they change that rule I’m not so sure about.

“They say it’s hard to write the rule with intent or you open it up for grey area. Well, I think it’s actually the opposite because why would I try to move the ball? There’s no advantage, and there are cameras everywhere too.

“I’m just hoping that somehow or another intent can get broadened.”