Defending champ Paul Casey back in familiar territory at Valspar 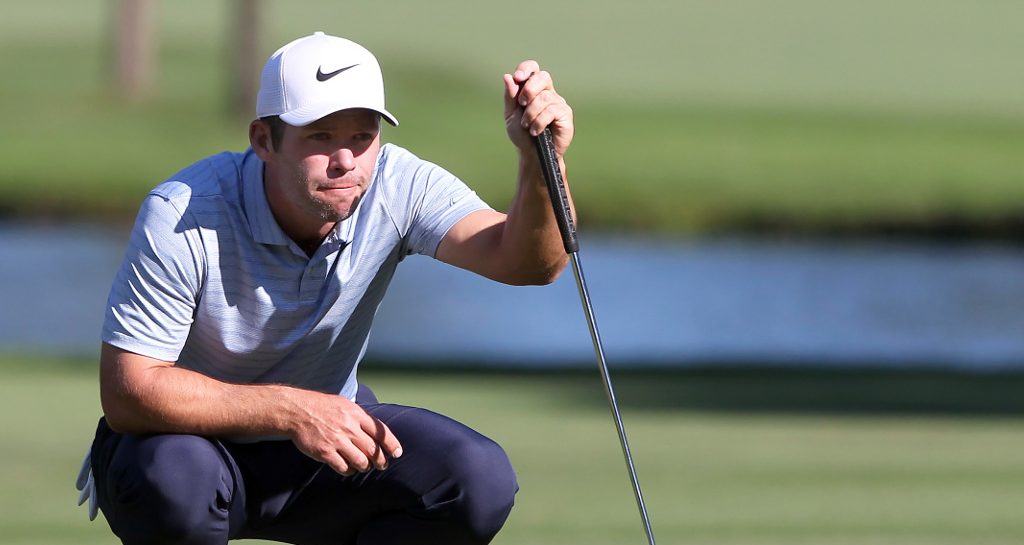 Defending champion Paul Casey has put himself in a great position for a repeat win at the Valspar Championship after grabbing the 36-hole lead.

The Englishman fired a five-under par 66 at the Innisbrook Resort Copperhead course in Palm Harbor, Florida on Friday to take his total to six under par.

That was good enough for a one-shot lead alongside American Austin Cook, who shot a four-under 67 to join him at the top.

The duo lie one shot clear of Scott Stallings, South Korean Sungjae Im and another Englishman, former World No 1 Luke Donald, making a rare return near the top of a leaderboard.

Donald briefly held the lead before a pair of bogeys in his last four holes saw him finish a shot adrift.

Since then, @LukeDonald has battled injury and only made three TOUR starts.

World No 1 Dustin Johnson lies just two shots back on four under after successive rounds of 69. He shares sixth place with Joel Dahmen and Curtis Luck of Australia.

Spaniard Jon Rahm, who came close to winning the Players Championship last week, is among those on three under after a 68, while runner-up at Sawgrass a week ago, Jim Furyk, shot a 71 to finish on two under, four back.

Among those on two under alongside Furyk are former Masters champions Bubba Watson and Danny Willett, both of whom also shot 71s on Friday.

Co-leader Casey mixed four birdies and an eagle with a lone bogey at the ninth. The eagle came courtesy of a 27-foot putt at the par-5 fifth.

The defending champ takes the lead.@Paul_Casey notches an 🦅 to get to -7.

“I feel really good about (my game) because last week was rubbish,” said Casey, who missed the cut the Players Championship at TPC Sawgrass.

“I struggle a little bit around Sawgrass and that frustrated me, annoyed me, coming in here trying to defend my title, which I would love to do because I never defended a professional title, I’ve defended amateur titles, English Amateurs and PAC 12 titles, I would love to do that here.

“So I worked very, very hard on the game and for whatever reason it’s slowed things down. Quieted the transition at the top of the swing,” Casey said. “Nice to turn it around after last week to suddenly be not in control of this event but I’m near the top, which is good.”

Casey’s only dropped shot came when he missed a six-footer for par on the ninth after finding himself in two bunkers following his first two shots.

“Disappointing on nine,” he said. “But everybody’s going to make bogeys. If you can just minimize those, it puts you in a good position.”