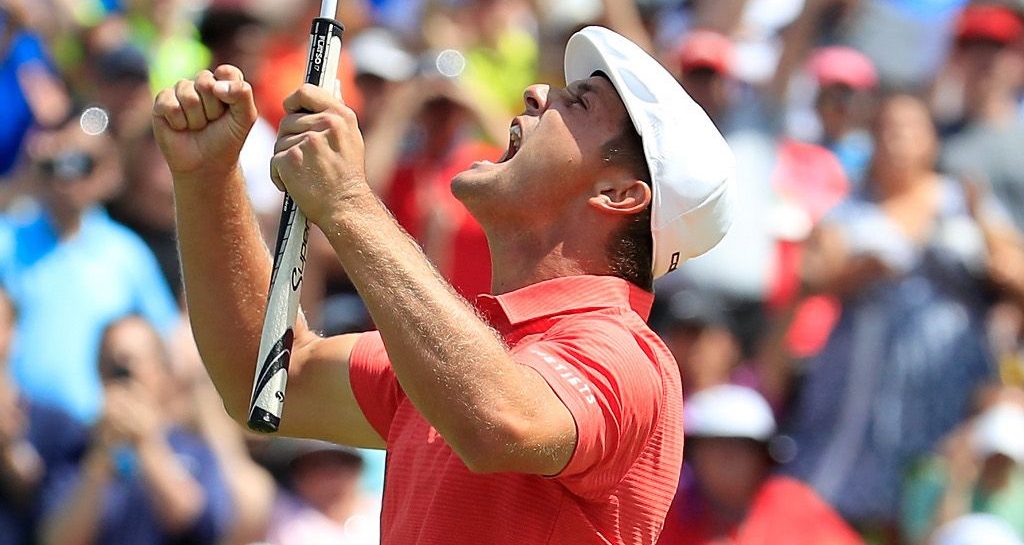 Bryson DeChambeau defeated Byeong Hun An and Kyle Stanley in a three-way play-off to clinch his second PGA Tour title at The Memorial Tournament.

DeChambeau and Stanley were tied for the lead heading to the 72nd hole, only for both to bogey the last to finish tied on 15 under with South Korean An. Dechambeau could have snatched it in regulation with a par putt on the 18th green but it narrowly missed the hole.

Stanley was eliminated on the first play-off hole after taking four shots to get to the green and bogeying, leaving just DeChambeau and An to duke it out after both made superb saves from the greenside rough.

A beautiful approach from DeChambeau left him just 12 feet for birdie, while An needed a sublime flop-shot just to secure his par after his second shot went wide.

With DeChambeau needing to hole his 12-footer to snatch the win, the American found the cup with a confident putt to clinch his first victory since his maiden victory at the John Deere Classic last year.

A host of big names finished not for off the pace. Behind Patrick Cantlay (71) and Peter Uihlein (66) in fourth and fifth was Justin Rose on 12 under, a final-round 70 seeing him finish three shots back.

Tiger Woods closed with a 72 to finish in a six-way tie for 23rd.