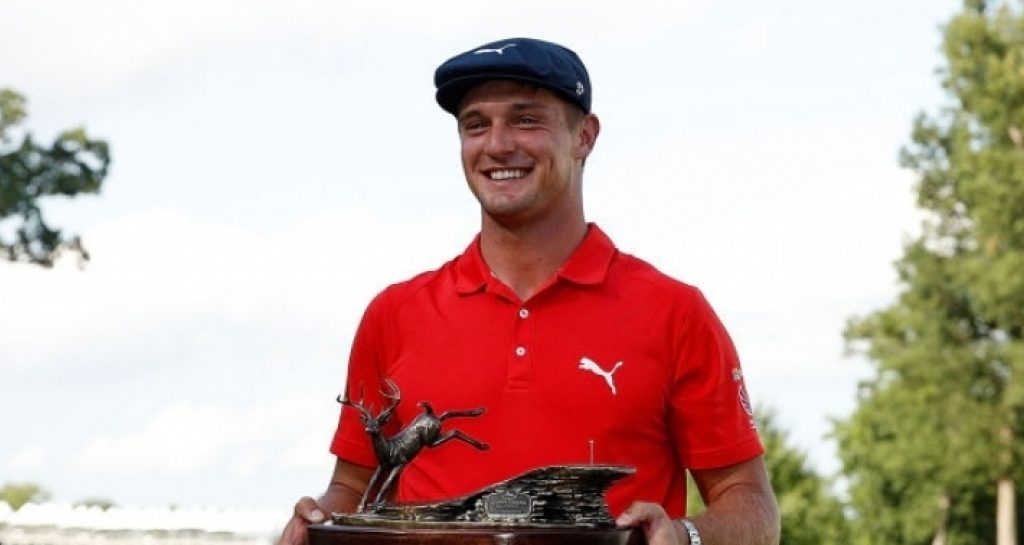 Bryson DeChambeau produced a birdie blitz on the back nine to clinch his first PGA Tour title at the John Deere Classic on Sunday.

The victory also earns him a place in this weekend's Open at Royal Birkdale.

Rodgers had led by two shots overnight and looked in command as he posted a third birdie in four holes at the 13th, but DeChambeau had other ideas.

He had started the day four shots back from Rodgers and reached the turn level par for the day.

Then the streak began.

Back-to-back birdies on the 9th and 10th were followed by two more at the 13th and 14th.

A brilliant shot from out of the rough on the par-five 17th saw him pick up another shot, and then he celebrated his sixth birdie of the back nine when he rolled in a 12-footer on the final green to tie Rodgers at the top of the leaderboard on 18 under par.

Rodgers, meanwhile, found trouble from the tee on the 17th, dropping a shot he failed to claw back on the 18th to hand DeChambeau the win.

In winning, the former US Amateur champion became the 10th first-time winner on the PGA Tour this year.

"I don't even know what it means right now,” said DeChambeau after his win.

"I have just been working so hard my whole life to try and do this and to finally have it happen at the John Deere where I started pretty much a couple of years ago is just incredible."

Rodgers had to settle for second place on 17 under.

Wesley Bryan fired a seven-under 64 to finish tied for third place with Rick Lamb (66) on 16-under par.

Three-time winner Steve Stricker also finished strongly with a 64 to tie for fifth place on 15 under along with Daniel Berger (70), Jonathan Byrd (67), Scott Stallings (70) and local favourite Zach Johnson (67).