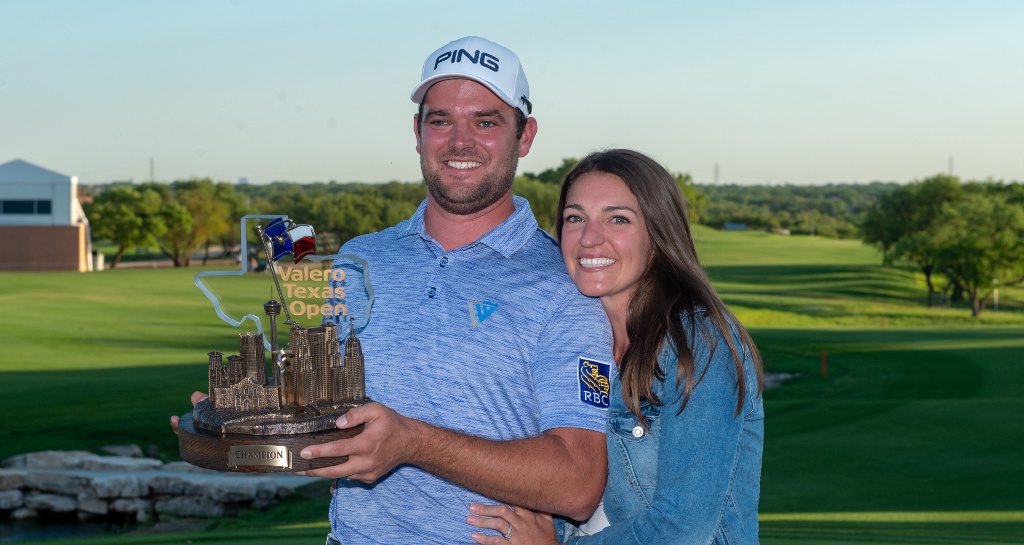 Canada’s Corey Conners booked a fairytale berth at this week’s Masters after clinching his maiden professional title at the Valero Texas Open on Sunday.

The 27-year-old from Ontario only made it into the San Antonio field after coming through pre-tournament qualifying, but will now be teeing off at Augusta on Thursday after outscoring every other player in the field.

Successive rounds of six-under 66 on the weekend proved too hot for anyone else to handle, as he finished two strokes clear of nearest challenger Charley Hoffman with a 20-under-par total of 268.

Final update: They lived happily ever after. pic.twitter.com/okhpP1OOJX

Sunday’s final round was delayed by two hours due heavy rain, but when play got under way Conners quickly passed overnight leader Si Woo Kim with four birdies in his opening five holes.

However, the wheels appeared to come off completely as he made four straight bogeys from the sixth to pave the way for veterans Hoffman and Ryan Moore, who were mounting charges of their own.

But Conners responded brilliantly after the turn, making no less than six further birdies in his final nine holes to leave his rivals for dead and complete the two-stroke win.

The victory could hardly be a more significant one for Conners: his first ever as a professional, his first on the PGA Tour, and his PGA Tour card and a ticket to the Masters secured.

“It was crazy,” said Conners, whose wife was there with him to celebrate the win. “I couldn’t even tell you what I shot on the back nine.

“I just tried to think back to the last few days, all the great shots that I’ve hit and just say, ‘Hey, you can do it, just stay aggressive and trust yourself.'”

As for securing a place in the Masters field?

Moore ended up finishing a shot behind Hoffman (67) in third despite a stellar final-round 64, while Kim, who had led for the first three rounds of the tournament, had to settle for tied-fourth alongside Brian Stuard (66) after a final-round 72.