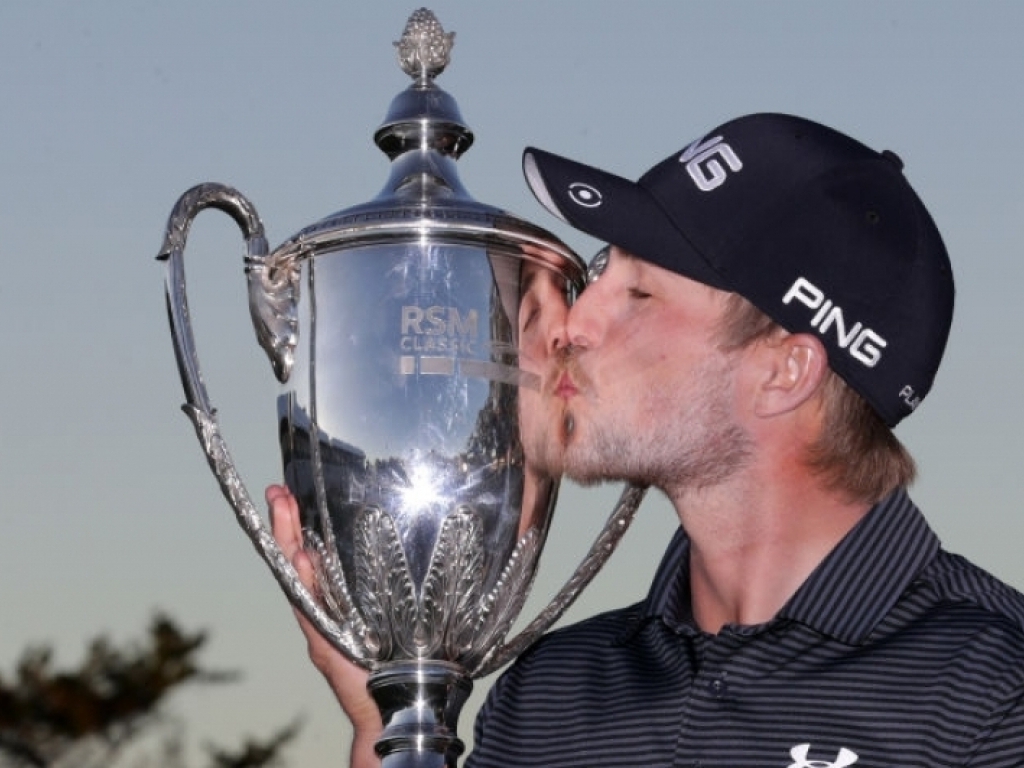 The 26-year-old from Arkansas shot a final-round 67 at Georgia’s Sea Island to finish on 21-under par for a four-stroke victory.

Starting the final day with a three-shot lead, the final round was anything but comfortable for Cook, who was pushed all the way by J.J. Spaun.

Spaun hit birdies at the sixth, seventh, ninth and 10th holes to move within one shot of Cook, but then dropped a shot at the 11th to give the rookie some breathing space.

Cook the took advantage by birdieing three of his last four holes to pull away and put some gloss on his victory.

Brian Harman, Kevin Kisner, Andrew Landry and Chris Kirk were two shots further back in a tie for fourth place on 14-under par.