Connors leads Woods and Rose by one at Valspar 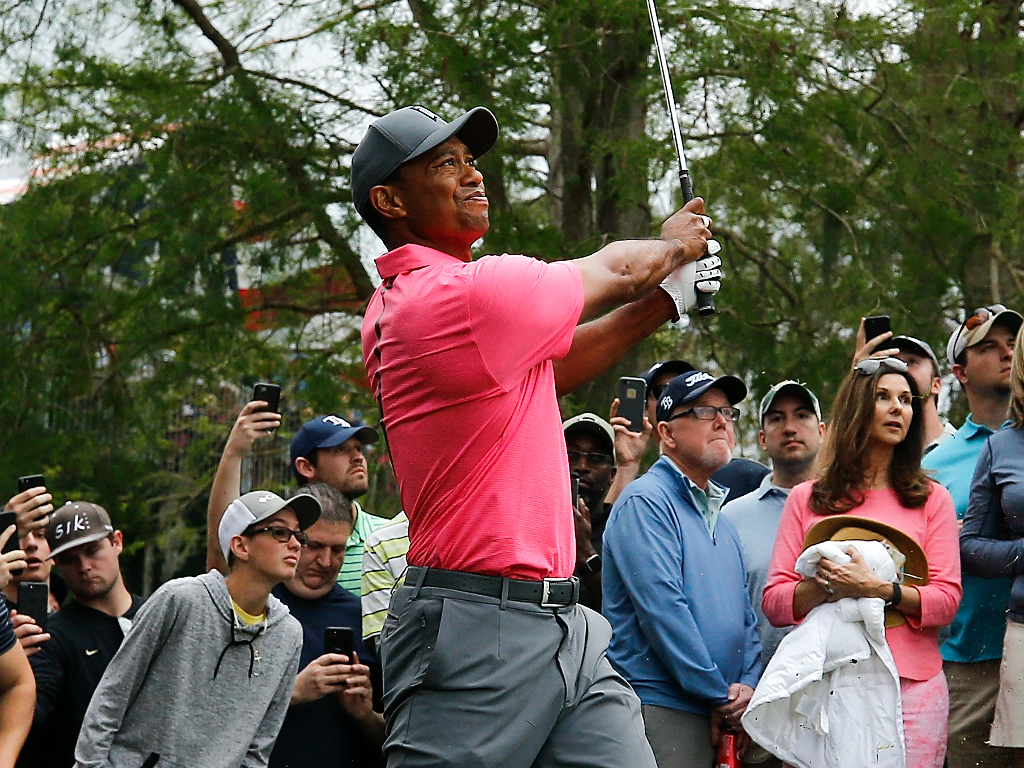 Canadian rookie Corey Conners maintained the lead at the Valspar Championship on Saturday, but Justin Rose and Tiger Woods lie just one shot back.

Conners finished at nine-under par after firing a three-under-par 68, just one shot ahead Rose, the resurgent Woods and Brandt Snedeker.

The Canadian will try to claim his first PGA Tour victory on Sunday, but is unlikely to have things all his own way.

With a raucous crowd following 14-time major winner Woods just up ahead of him, Conners did well to keep his cool, saving par from the bunker on the 17th to keep hold of the lead.

Woods got the crowd roaring as he chipped in for birdie from the back of the ninth green to take a share of the lead, and holed out from 20-feet at the next for another birdie.

His momentum slowed on the 13th with a bogey, but gained it back at the next before finishing with four straight pars for a 67 – his lowest round of the year.

Check out the full highlights from @TigerWoods' lowest round of the year. pic.twitter.com/1VXXiAoAQM

Conners, making just his 17th start on the tour as a pro had a nervy moment on the final green when his ball moved as he was preparing to putt. After a discussion with an official to confirm there was no penalty he holed out for a par.

He will be paired with Rose on Sunday, who made a big move thanks to a 66 that featured four birdies and a spectacular eagle after he holed out from the 11th fairway.

Four birdies and a slam dunk.@JustinRose99 is one shot back heading into the final round. pic.twitter.com/7QE6T4Rxe7

Woods will partner Snedeker, who shot five birdies of his own in his 67.

Woods’ return to form following his back problems has been remarkable considering he only started hitting balls five months ago.

He last tasted victory at the Bridgestone Invitational at Firestone in 2013.