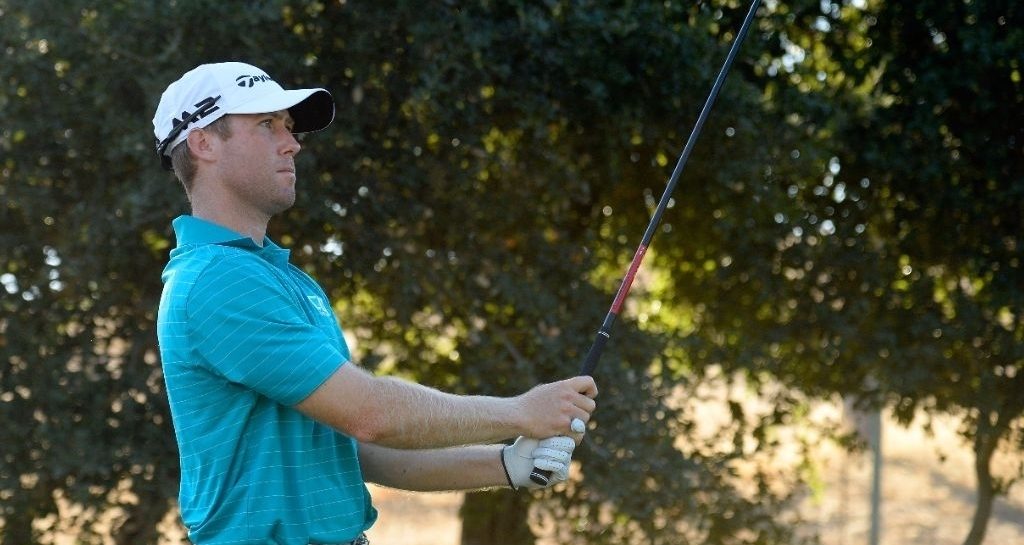 A dramatic eagle on the 18th saw rookie Tyler Duncan take the Safeway Open lead in only his second PGA Tour start.

The 28-year-old chipped in from 45-feet on the par five 18th at Silverado to complete a six-under round of 66 and move to 13 under overall – one shot ahead of defending champion Brendan Steele.

Duncan – a Web.com Tour graduate – had held a share of the first round lead with Steele and Tom Hoge, but followed that up with a stunning end to his second round near the end of the day.

He followed successive birdies on 16 and 17 with an eagle to push Steele down into second.

“I don’t think it’s sunk in yet, to be honest,” said Duncan.

“It’s something I’ve dreamed about for a long time. I’m just happy to be playing here and to be in the lead is something special.”

Steele shot a second round 67 to move into outright second place after sinking six birdies and a bogey.

However, the most dramatic round of the day came from Chesson Hadley after he broke the course record with a career best 61.

Hadley had been seven shots behind the leaders overnight, but an eagle, 10 birdies and a bogey left him just one behind Steele.

“It’s just one of those days everything was going my way,” said Hadley.

“I was hitting great shots, good putts and got some good breaks. When you get that of momentum, things just go your way.”