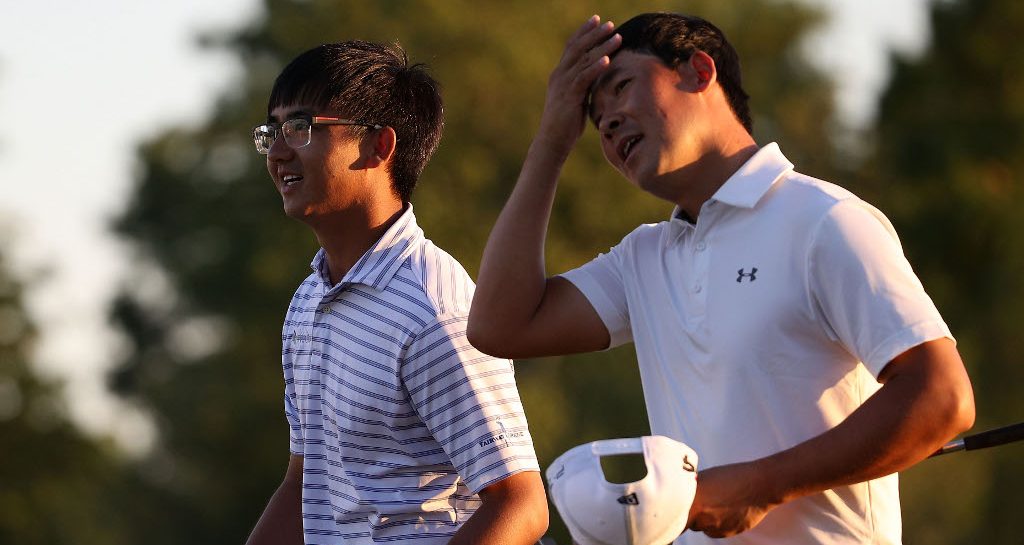 Chinese pair Zhang Xinjun and Dou Zecheng took a share of the lead at the Zurich Classic of New Orleans after a late flurry of birdies.

The duo joined the team of Chez Reavie and Lucas Glover at the top of the leaderboard at the TPC Louisiana after each side shot a 12 under 60.

It’s the second year that the tournament has been held in a two-player format, with best-ball play in the first and third rounds, and alternate shot in the second and final rounds.

Zhang and Dou sank birdies in four of the final five holes late in the day, after Reavie and Glover had earlier each registered six birdies in rainy conditions.

Glover believes the duo’s communication on the greens was key to their success.

“We read them right early and it just gave us a good feeling the rest of the day,” Glover said.

“That’s important in this format. Get as many putts as you can and start getting it on your mind to make putts.”

Jason Day and Ryan Ruffels shot a 64, Patrick Cantlay and Masters champion Patrick Reed had a 65, while Jordan Spieth and Ryan Palmer lie at 66.