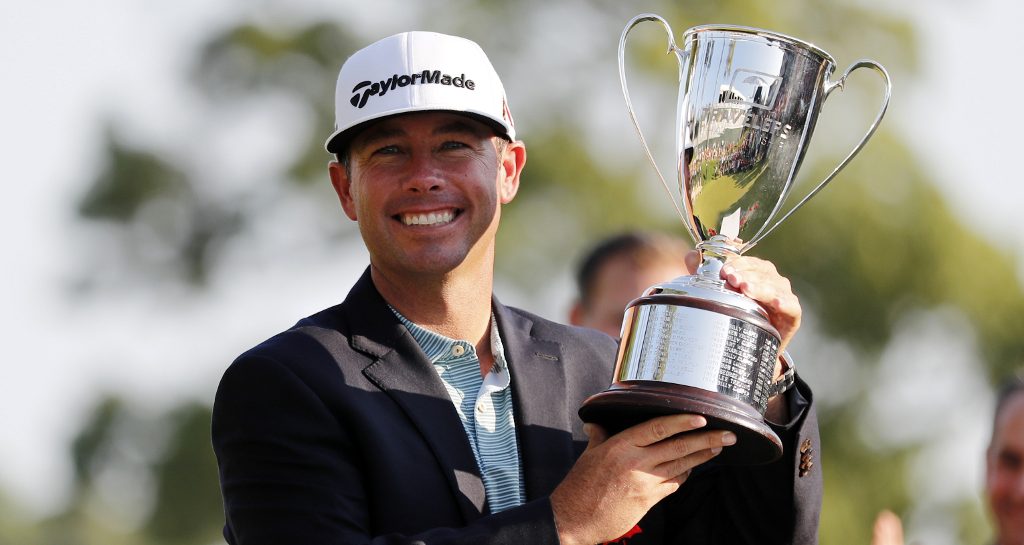 Chez Reavie ended an 11-year wait for his second PGA Tour title on Sunday with a four-shot victory at the Travelers Championship.

The seeds of Reavie’s victory were sewn on Saturday, as he fired seven birdies in the space of nine holes for a 63 to give himself a whopping six-shot lead heading into the final round.

All that was left on Sunday was to not throw it away, and Reavie was able to do just that with a solid one-under-par 69 and 17-under-par total to complete the victory, which has been a long time coming.

Reavie first joined the PGA Tour in 2008 and won his first PGA Tour title at the Canadian Open that same year.

But by 2012 he was fighting to regain his tour status, and wrist surgery prevented him from playing at all during the 2013-14 season.

After returning to the Nationwide Tour, he regained his PGA Tour card for the 2015-16 season, coming close to winning the Phoenix Open in 2018 before losing out in a playoff.

At last week’s US Open, he recorded his best finish in a major by far – tied-third – and that good form finally culminated in a second PGA Tour title on Sunday.

“It means everything,” said Reavie.

“I started from the ground up, had wrist surgery, got a swing coach to help take pressure off my wrist and kind of slowly built my foundation — and here we are.”

What was the key to his comeback?

“Staying patient, sticking to my game, hitting fairways and hitting greens and giving myself a lot of birdie opportunities.”

Sharing second place were fellow Americans Zack Sucher and Keegan Bradley. Zucher held a five-shot lead during Saturday’s third round only to see it evaporate with a bogey and two doubles in the space of three holes.

He bounced back nicely with a final-round 67 to share the runner-up spot with Bradley, who also shot a 67 and briefly threatened to make things interesting when he birdied 10, 11, 13 and 15 to pull within one shot of the lead.

But a birdie from Reavie at 17 gave him some breathing room, and when Bradley double-bogeyed the same hole, the contest was over.

No. 17, the hardest hole of the week @TravelersChamp.

It’s also the hole that sealed the victory for Chez Reavie. pic.twitter.com/N0NhVtTt1M

“I had to stay patient today,” Reavie said. “Keegan was playing great and I kept missing putts.

“I felt like I was hitting good putts and they just weren’t going in. Finally I made one on 17 and kind of turned the corner.”

Vaughn Taylor shot a five-under 65 to finish solo fourth on 12 under, one shot in front of England’s Paul Casey (65), Chile’s Joaquin Niemann (66) and American Kevin Tway (67).