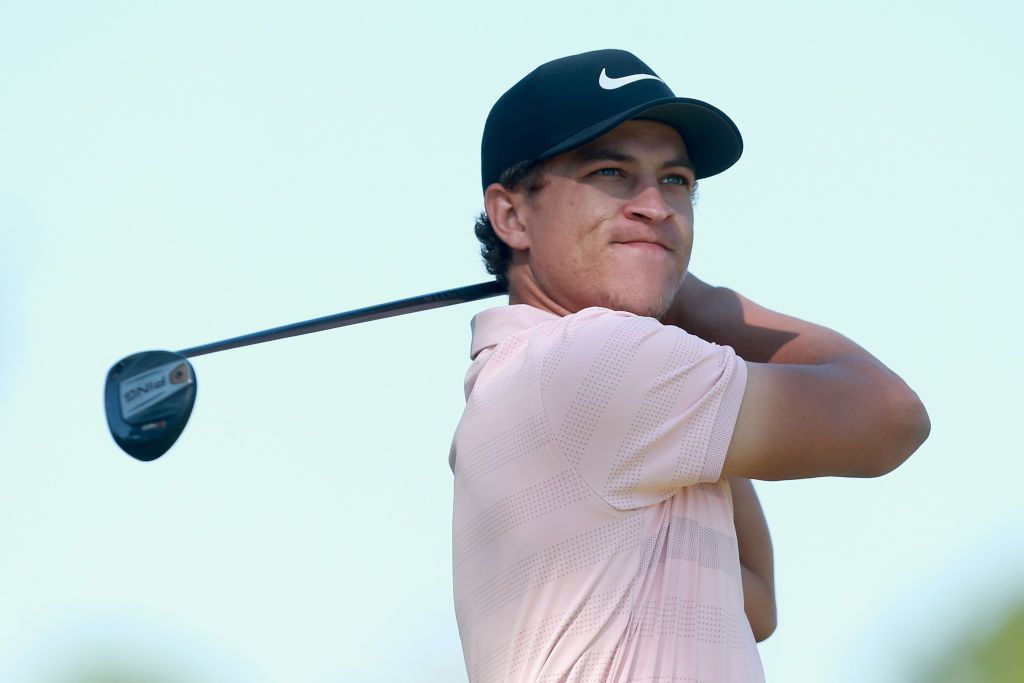 Cameron Champ fired a superb eight-under 64 on Saturday to open up a four-shot lead ahead of Sunday’s final round at the Sanderson Farms Championship.

After being in at least a share of the lead for the first two days at Country Club of Jackson, the 23-year old Champ made a decisive move as he seeks a first PGA Tour win.

“Obviously, today went great,” Champ said afterwards. “I executed all the shots that I wanted to … and just kept up with my game plan. Took advantage of the par 5s, made the putts when I needed to. I was just able to give myself a lot of chances.”

Canada’s Corey Conners was in second place as he too shot a 64 to finish on 13-under par.

D.J. Trahan, a winner of the event in 2006 was tied for third place a shot further back after a 67 alongside Shawn Stefani (68).

Guam native Norman Xiong, 19, who was tied with Champ for the lead after the second-round, fell down the standings into a tie for 36th position after a 76.