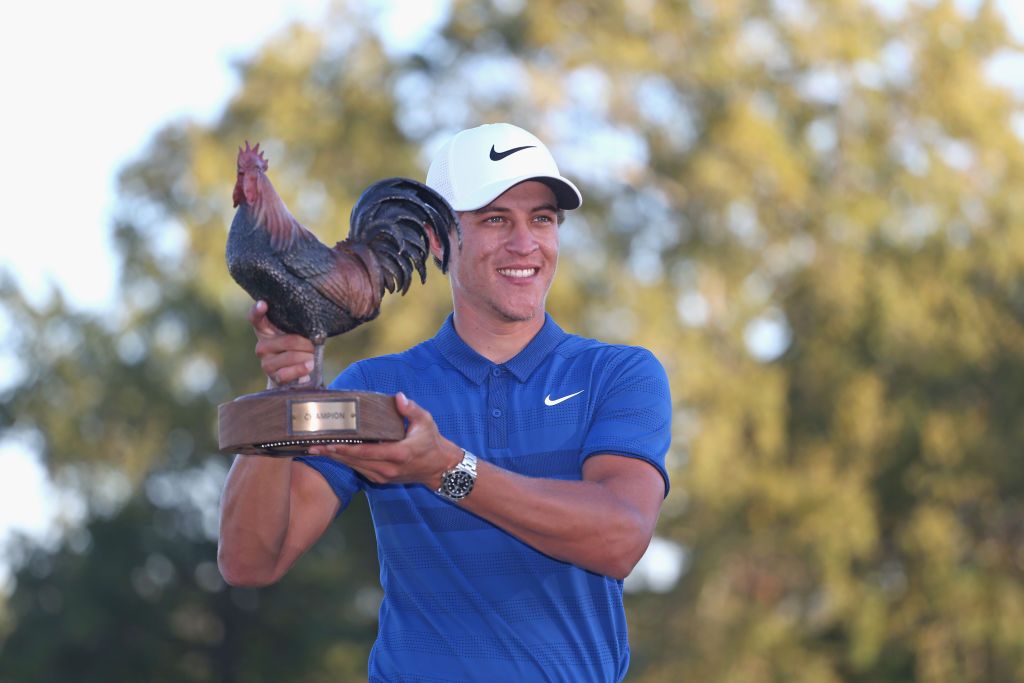 Rookie Cameron Champ lived up to his name on Sunday as he claimed a first US PGA title with a four-stroke victory at the Sanderson Farms Championship.

The 23-year-old birdied five of the last six holes for a 68 to finish 21-under par and complete a wire-to-wire victory at the Country Club of Jackson in Mississippi in just his ninth start on the tour.

Highlights from the final round: pic.twitter.com/yO1Mwbbusx

“It just means everything, all the hard work over the years, all the sacrifices my family made for me to have this opportunity. Now to be a PGA Tour winner is just unreal.”

The late birdie blitz helped Champ see of the challenge of Corey Conners, who also shot a 68 to finish on 17 under.

Champ started the day with a four-shot lead, but back-to-back bogeys on seven and eight saw his advantage reduced, before Connors grabbed a share of the lead at the turn as the Canadian birdied the ninth.

“Today was a new experience for me,” Champ said. “The front side was a little bit of nerves. The back side I put it all together and brought it home.”