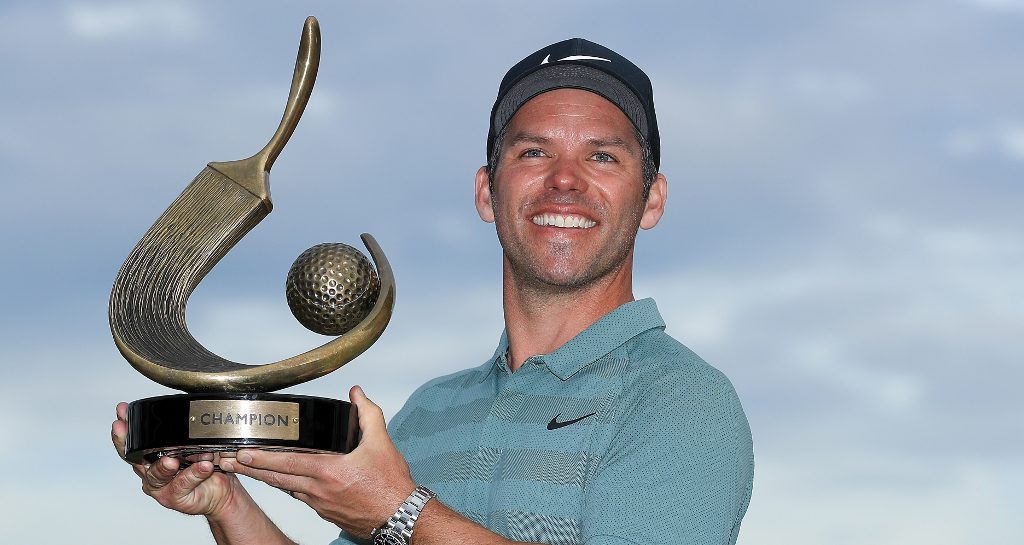 Paul Casey claimed victory at the Valspar Championship in Florida on Sunday after carding a superb six-under par 65, holding off a resurgent Tiger Woods to win by one stroke.

With most people expecting or wanting Woods to complete a fairytale first win since 2013, Casey quietly went about his business.

The Englishman notching seven birdies and a single bogey to post an early clubhouse lead that was good enough to see him home for only his second PGA win and his first in nine years since the 2009 Houston Open.

Tied for the low-round of the day.

Woods, meanwhile, was left to rue a string of missed opportunities. His putter letting him down for the majority of the day until the penultimate green, where he drained a 45-footer for birdie.

Another 40 footer on the final green that would have pushed him into a playoff slid by, leaving the 14-time major champ tied for second spot with Patrick Reed (68).

Every one was fired up to see @TigerWoods back in contention on Sunday. 💪🔴 pic.twitter.com/xschSnj70I

Reed blew his chance of making the playoff in spectacular fashion. making bogey after his first putt at the 18th failed to make it up the slope and rolled all the way back to his feet.

Reigning Masters champion Sergio Garcia enjoyed a good week as he prepares to defend his title early next month, the Spaniard finishing a shot further back at eight-under after matching Casey with a 65.

Woods’ showing this week has raised expectations of a long awaited 15th major ahead of Augusta. He is now among the favourites to win after being out of consideration just a few weeks ago.