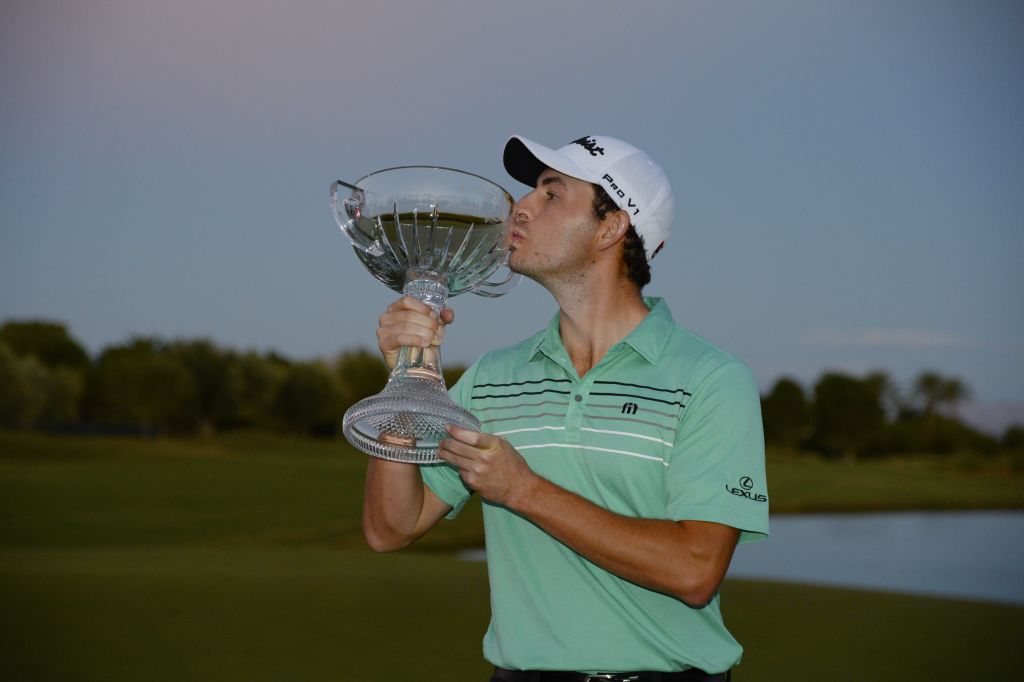 Patrick Cantlay triumphed at the second extra hole of a three-way playoff on Sunday to capture the Shriners Hospitals for Children Open title.

Cantlay’s win at TPC Summerlin in Las Vegas was his first PGA crown.

The 25-year-old Californian made a par on the second playoff hole to defeat Germany’s Alex Cejka and Whee Kim of South Korea after the trio had finished 72 holes tied on nine under par.

Veteran Cejka had earlier shot a superb final round of 63 which included a six-under 30 back nine to set the club-house lead. He then endured a long wait as others failed to beat his total in the strong winds.

The wind didn’t let up in the playoff as all three players bogeyed the first playoff hole, the tough par-4 18th hole.

They returned to the tee to play the hole a second time and Cantlay emerged victorious with a par to wrap up the win.