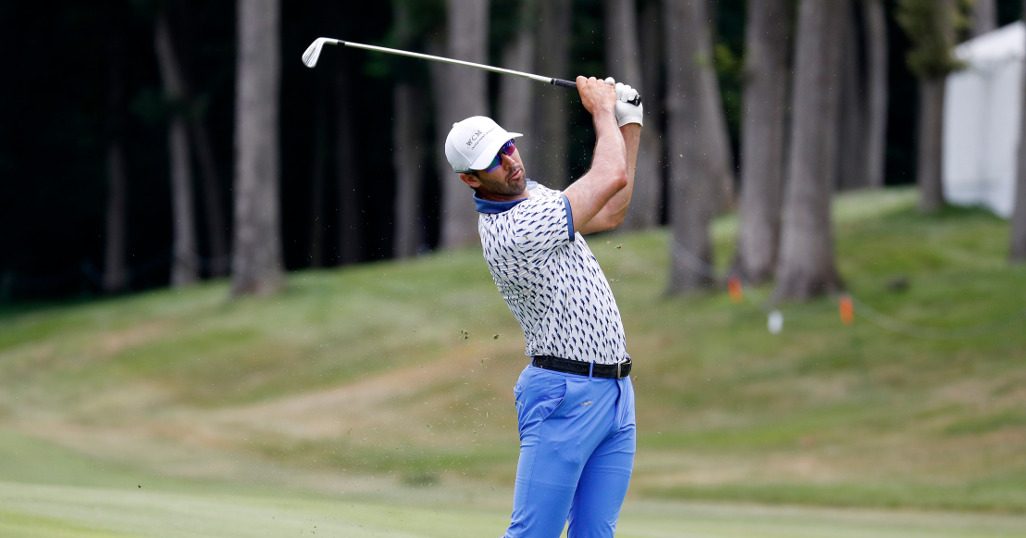 There’s not much in it as Cameron Tringale and Andre Landry top a tight leaderboard with one round to play at the John Deere Classic.

After rounds of 65 and 67 respectively, Tringale and Landry sit on 16 under for the tournament but with no less than 19 players within five shots of the lead, that Sunday silverware is going to be hotly contested.

Tringale started with a bogey at TPC Deere run, but quickly made up for it with five gains before making the turn. Two birdies coming home was enough to tie with Landry, who had two bogeys in his 67. Landry missed a ten footer on the 18th green that would have given him the outright lead.

261 starts.
0 wins.@CamTringale has the fourth most starts on TOUR since 2009 without a win.

He's tied for the lead entering the final round of the @JDClassic. pic.twitter.com/4XgCDS6So0

With so many players in contention on Sunday, Landry is going to be keeping his head down and grinding.

“Some golf courses you can leaderboard watch, but this is not one of them,” quipped the one-time PGA Tour champion after the round.

“You want to stay with your game plan.”

Bill Haas threw his name in the hat with a round-of-the-day seven under 64 to take him to 15 under for the event. The American’s bogey free round featured four birdies on the back nine.

Further down the leaderboard, Adam Schenk is tied with Haas, while 2016 winner Ryan Moore, Nick Watney, Vaughn Taylor and South African Dylan Fratelli are all locked on 14 under.

Meanwhile, second round leader Jhonattan Vegas followed up his sizzling 62 with a disastrous 76 to slip to eight under and virtually out of contention.