Bryson DeChambeau puts his money where his mouth is 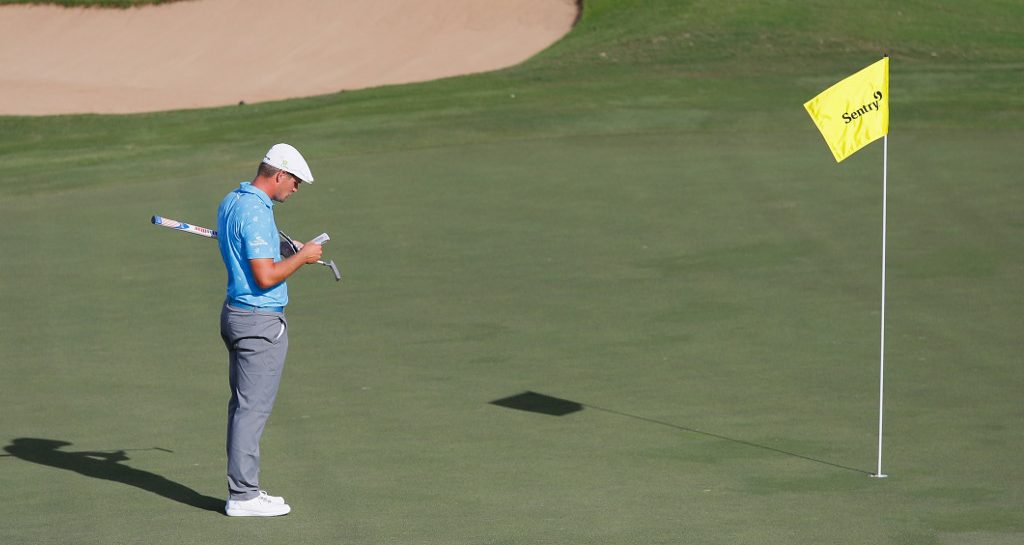 Bryson DeChambeau said he would putt with the flagstick in all the time once the modern rules of golf went into effect this week, and he’s kept his promise.

While many players have balked at taking advantage of the new rule, which allows players to putt without removing the flagstick, DeChambeau has wasted little time in changing his approach on the greens, leaving the flagstick in for the majority of his opening two rounds at this week’s Sentry Tournament of Champions.

The five-time PGA Tour winner also topped the field at 3.868 strokes gained putting Thursday, which may well have caught some of the other players’ attention.

The flagstick works for @B_DeChambeau.

1st in SG: Putting on Thursday.

“I feel like I maximized my potential on that,” DeChambeau said after Thursday’s first round. “Especially on 16 today, where it’s kind of blowing downwind, five percent slope, straight downhill, you want that pin in to help. So that’s what I kind of did and utilized it to my advantage. So I felt like for the most part I needed the pin to be in and it went in and it was a very nice help.”

DeChambeau played alongside Dustin Johnson, who told him that he would let DeChambeau’s caddie Tim Tucker just handle the flag all day to avoid confusion.

“It’s definitely weird. Well, not weird, it’s just different watching someone putt with the flag in,” Johnson said. “It actually worked out where it wasn’t a big deal. It didn’t slow us down or anything.”

DeChambeau said he only took about 20 putts with the flagstick in to prepare prior to the start of the tournament.

“It’s not difficult. People make it too complicated,” he said. “I’m still learning in competition when it’s the right thing to do. I’m gonna be courteous to the player I’m playing with as well. I’m not gonna be one of those guys … that’s not me. I’m trying to be courteous to all the players out here and respectful. That’s my opinion and it’s been a help so far.”