Bryson DeChambeau back on top at 3M Open in Minnesota 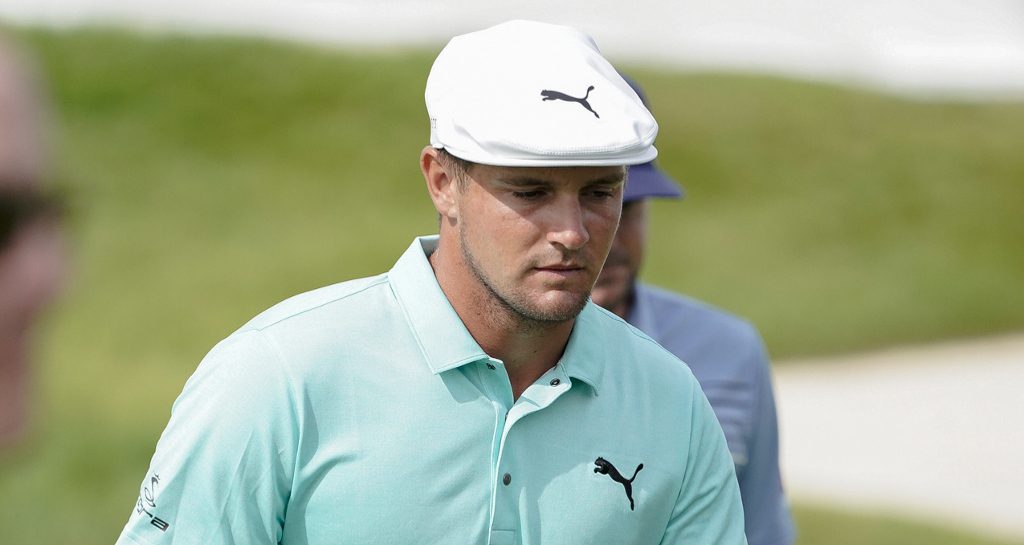 It’s been a while by his own standards, but Bryson DeChambeau is back at the top of the leaderboard at the 3M Open.

The 25-year-old American was the talk of the town on the PGA Tour last year after meticulously plotting his way to four titles in the space of five months.

That was followed by a brief European Tour adventure in early 2019 that resulted in another big win at the Dubai Desert Classic.

DeChambeau failed to replicate that kind of form upon his return to the US, however, although a tied-eighth finish at last week’s Travelers Championship – his best result since Dubai in January – suggested he might be turning a corner.

That’s certainly proving to be the case at TPC Twin Cities so far this week, where he holds a two-shot lead after the second round thanks to a spectacular, course record-equalling nine-under-par 62.

Fresh off a 9-under 62 on Friday, @B_DeChambeau is looking for his second win of the season.

DeChambeau had a hot putter to thank for most of his gains, as he holed several long ones from around 20 feet or more.

“I made a couple more putts outside 20 feet, definitely converted on the par-5s, certainly wedging was a lot better,” he said, before revealing he’s been working hard on implementing some changes to his short game.

“It has been through a lot of practice, trial and error and struggle.”

DeChambeau lies two strokes clear of Canada’s Adam Hadwin, who followed up his opening 64 with a 66, and a further two strokes clear of four of his countrymen – overnight leader Scott Piercy (70), Brian Harman (67), Sam Burns (66) and Sam Saunders (67), the grandson of the legendary Arnold Palmer.

He needs to finish inside the top 125 to retain full playing privileges for the 2019-20 season.

World No 1 Brooks Koepka, meanwhile, could only manage a one-over 72 to finish 11 strokes back on three under.

Track the latest live scores from the 3M Open by heading over to our LIVE score centre!