Brooks Koepka in the hunt at Byron Nelson in Dallas 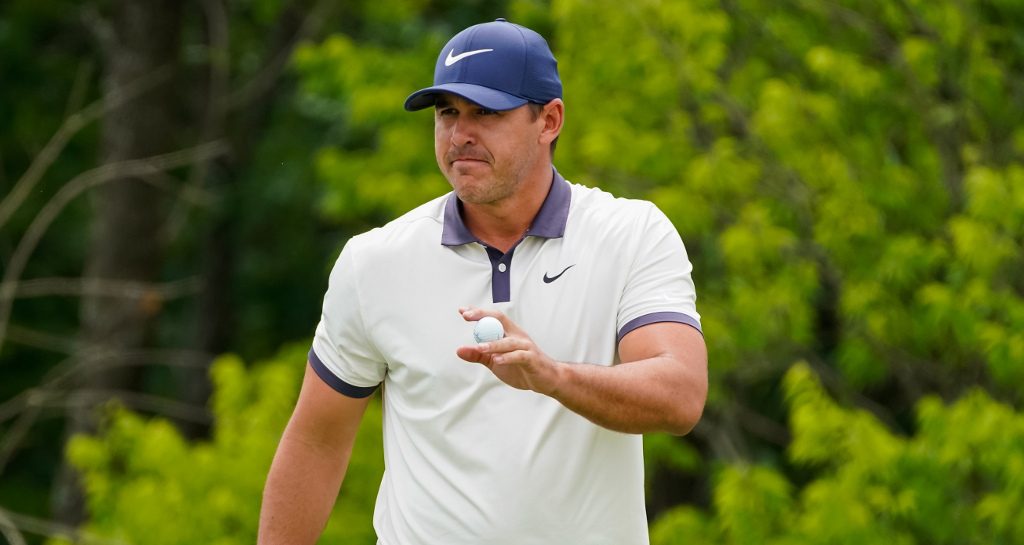 Brooks Koepka warmed up for his defence of next week’s PGA Championship with a six-under-par 65 in the opening round of the AT&T Byron Nelson in Dallas, Texas on Thursday.

The 29-year-old lies two shots behind first-round leader Denny McCarthy, whose eight-under 63 was the best round of the day.

Koepka, who will be looking to win his fourth major title at Bethpage Black in New York next week, carded eight birdies and two bogeys at Trinity Forest Golf Club on Thursday.

“The last few weeks I’ve been even impressed with myself and how well I’m striking it,” Koepka said.

“Controlling it nice and then from there just try to feel like you see some putts go in the hole.

“I think it’s important to kind of feel like the hole is opening up with a major. Obviously the goal is to win (here) but if you don’t, you want to leave feeling good for next week.”

Leader McCarthy was able to overcome a slow start, battling back from a double-bogey six on the par-4 fourth with a whopping 10 birdies and no more dropped shots.

“I came out with a mindset that I wanted to be aggressive, and I wasn’t,” McCarthy said. “After that I just told myself that I was going to play carefree today, have fun with it and let it go, and I did it.

“I’m pretty proud of myself for just being able to let my mind go after a double-bogey like that.”

He’s one of the rare TOUR pros who conquered our stinger challenge. pic.twitter.com/YWbUhCCoub

Further down the leaderboard, Jordan Spieth opened with a three-under-par 68 that included seven birdies – including four straight on the front nine – but also a double-bogey and two further bogeys.