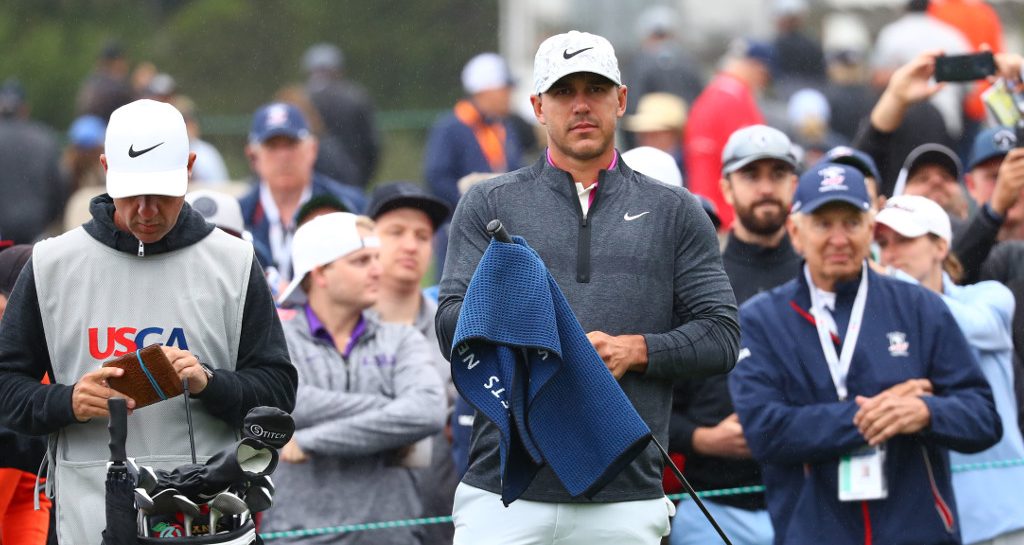 Brooks Koepka is back in action at this week’s Travelers Championship, even though he admits he is feeling “mentally exhausted” following the US Open.

The 29-year-old was bidding to become the first man since Scotland’s Willie Anderson (1903-05) to win three straight US Open titles but finished runner-up to fellow American Gary Woodland at Pebble Beach on Sunday.

Koepka also played in last year’s Travelers Championship the week after successfully defending his first US Open title at Shinnecock Hills, but says it’s a bit different returning to action immediately when you didn’t win.

“Last year I don’t even think I knew where I was,” he said. “It was all kind of a whirlwind.

“It’s a lot different when you win and you’re trying to play the week after. It’s a bit hectic, chaotic.

“This week, it’s difficult still. I just feel mentally exhausted from last week just being in contention. But another day of rest today and I’ll be fine for tomorrow.”

Koepka made headlines the week before the US Open after saying he “couldn’t care less” about his result in the Canadian Open, but sought to clarify those comments on Wednesday.

“Let me set the record straight on that one,” he said. “It’s not about I don’t care about the event. Some people took it a bit differently.

“What I was trying to get at is it’s about the process.

“Even last week, I don’t care where I finish. It’s about the process of how am I going to start it on line, finish it on line and then make the putt.

“I wouldn’t tee it up if I didn’t want to win but not everything is results-based with me.

“If I get the process down, the result’s going to come and that’s how I feel. I even told my caddie today we’re going to try to take the mental approach that we do at the majors this week.

“I’m going to try something maybe a little bit different and see how it works out.”

Koepka has four wins in the last nine majors but has only captured two regular PGA Tour titles during the same time. He believes it’s a lack of fear and not letting the pressure of majors get to him that allows him to excel in golf’s big four tournaments.

“Not everything is results-based with me. It’s about the process,” he added. “I think that’s why I’m able to play so well in the majors, because I’m not worried about winning.

“I’m not worried about the pressure of being in first or trying to do something, accomplish three in a row, whatever it was.

“Even last week it’s just about the process. So if I can get the process down the result is going to come.”