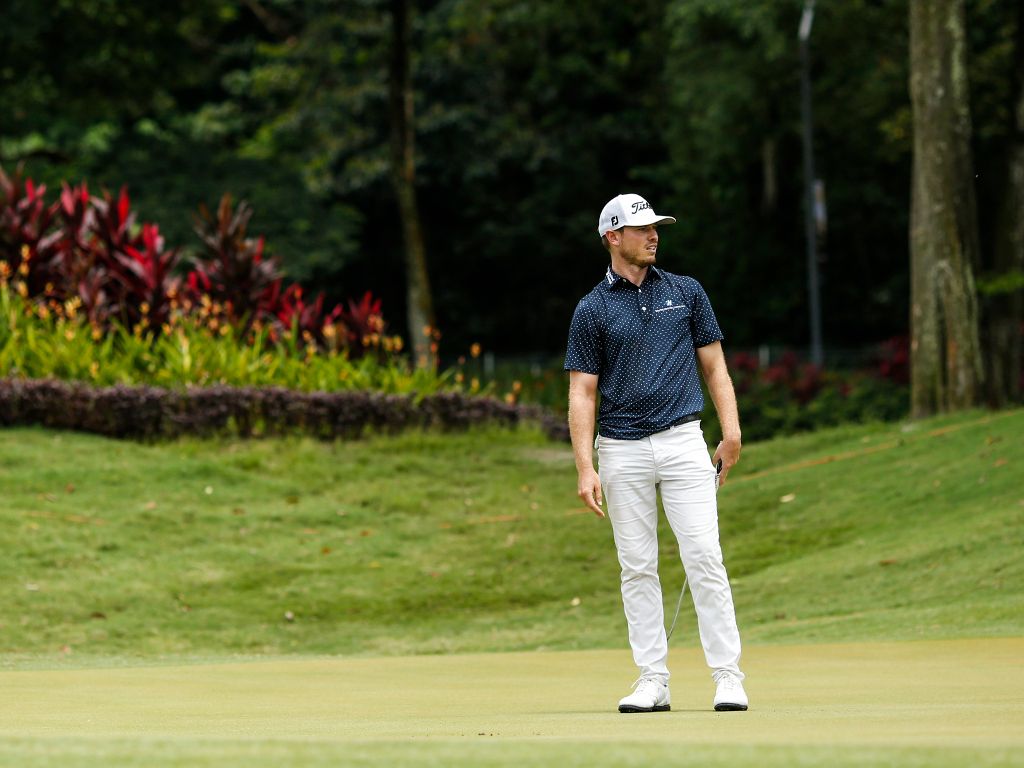 Bronson Burgoon fired a red-hot nine-under-par 63 to grab the first-round lead at the PGA Tour’s CIMB Classic in Malaysia.

The 31-year-old American mixed eight birdies and an eagle with a single bogey to take a one-shot lead at TPC Kuala Lumpur.

“I drove it well and I putted pretty good, so it was kind of boring golf, but that’s always a good thing,” Burgoon said. “I chipped in for eagle out of the bunker on my ninth hole, which kind of boosted me, then I kept going.”

He lies one shot clear of Austin Cook, and two shots ahead of Scott Piercy, Billy Horschel and CT Pan.

The highest-ranked player in the field this week, Justin Thomas, follows in an eight-way tie for sixth on six under, alongside the likes of Louis Oosthuizen, Byeonghun An and European Ryder Cup star Paul Casey.

“You have to play well here every day or at least get a round like today … it’s what could end up winning me this golf tournament,” Thomas said.

“Not having my best stuff and getting around here in 6-under is huge. I just didn’t take advantage of a couple opportunities and let a couple go, but kind of found something there those last five holes and was able to at least make a good round.”

The CIMB Classic is the first of three PGA Tour events in Asia. It will be followed by the CJ Cup in South Korea and the World Golf Championships event in Shanghai.