Justin Thomas, Jordan Spieth out of the running in New Orleans 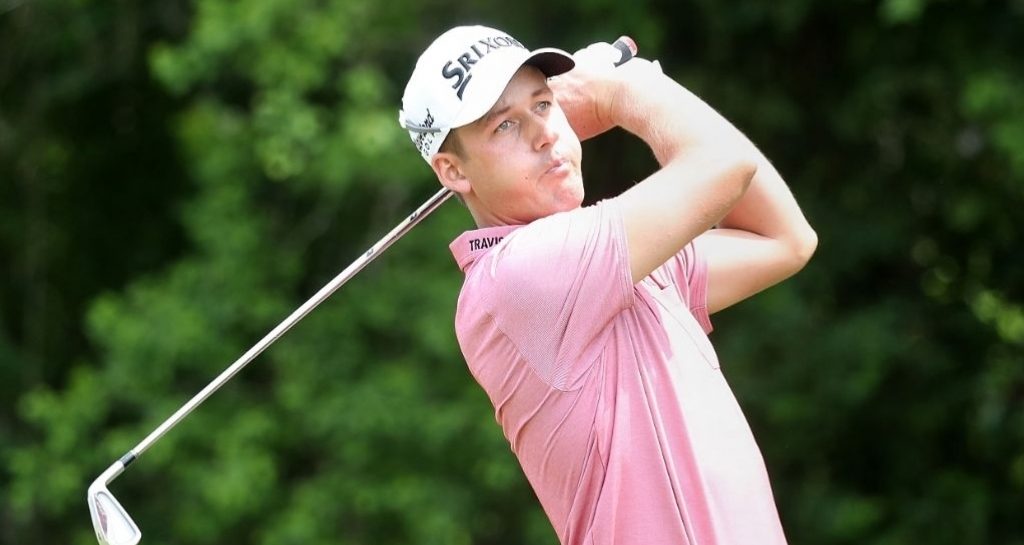 Justin Thomas and Jordan Spieth were among the high-profile players to crash out of the tournament at the TPC Louisiana course, but Kim and Putnam took advantage to create a one-shot lead in the team event.

The duo shot a three under par 69 in the day two alternate shot format, to move to 13 under overall at the halfway point.

“We ham and egged it well,” said Putnam.

“When one person hit a bad shot, the next person hit a good recovery. Wasn’t our prettiest golf, but that’s what we did.”

Kevin Kisner and Scott Brown – who were runners-up at last year’s inaugural team event – are one shot adrift of the leaders after a 70.

The pairs of Chad Campbell and Matt Jones, and Nate Lashley and Rob Oppenheim, are both two adrift of Kim and Putnam at 11 under.

However, Spieth and Thomas are both out of the running.

Spieth and partner Ryan Palmer were lying at eight under heading into the last two holes, but they finished with back-to-back double bogeys after Spieth hit the water on 17 and 18.

Thomas, meanwhile, needed a birdie on 18 to make the cut with partner Bud Cauley, but they could only manage a par.