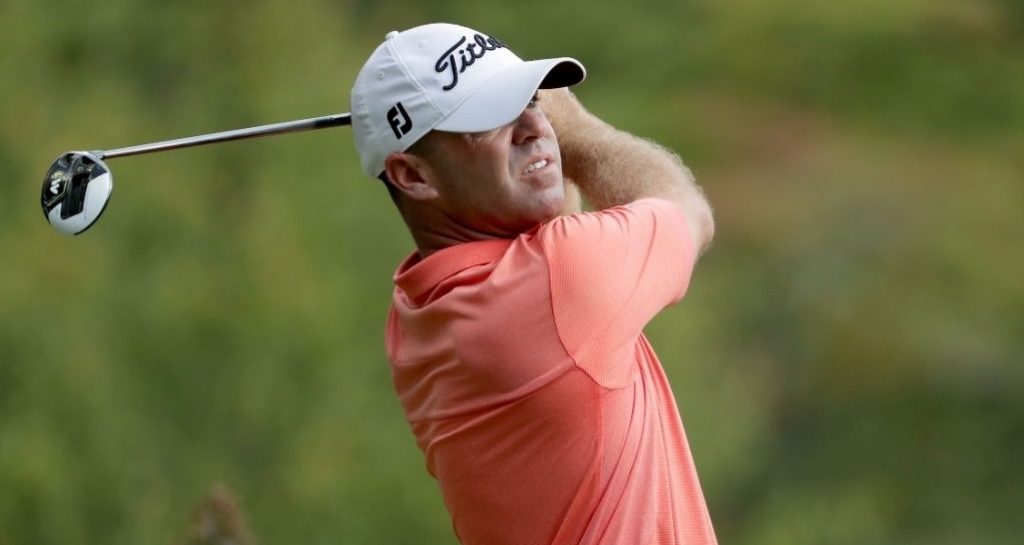 A career best round of 61 saw world number 187 Ryan Armour share the lead with Webb Simpson at the halfway stage of the Wyndham Championship.

Both Armour and Simpson lie at 13 under after two rounds at the Sedgefield Country Club, in North Carolina, with the pair boasting a single shot advantage from Henrik Stenson.

Armour is yet to taste a victory on the PGA Tour and has bounced between the main tour and the Web.com during his 14-year professional career.

But the 41-year-old sank nine birdies – five of which came on the opening nine holes – to soar up the leaderboard and beat his previous best round by two shots.

"I had some goals at the beginning of the week. I knew where I stood and, you know, right now the goals are attainable,” he said.

North Carolina native Simpson, meanwhile, is in contention for his first tour win since 2014 after a round of 64, which included four birdies in the first six holes of the back nine.

"Keep making birdies, stay aggressive and know that there's plenty of good golfers behind me. I got to keep the hammer down,” said Simpson.

Stenson had just one bogey blemish on his scorecard during a round of 66 to lie on 12 under.

Ollie Schniederjans and Vaughn Taylor are a shot further behind, but overnight leader Matt Every endured a miserable day after following up his opening round 61 with a 72.