Armour holds all the cards in Mississippi 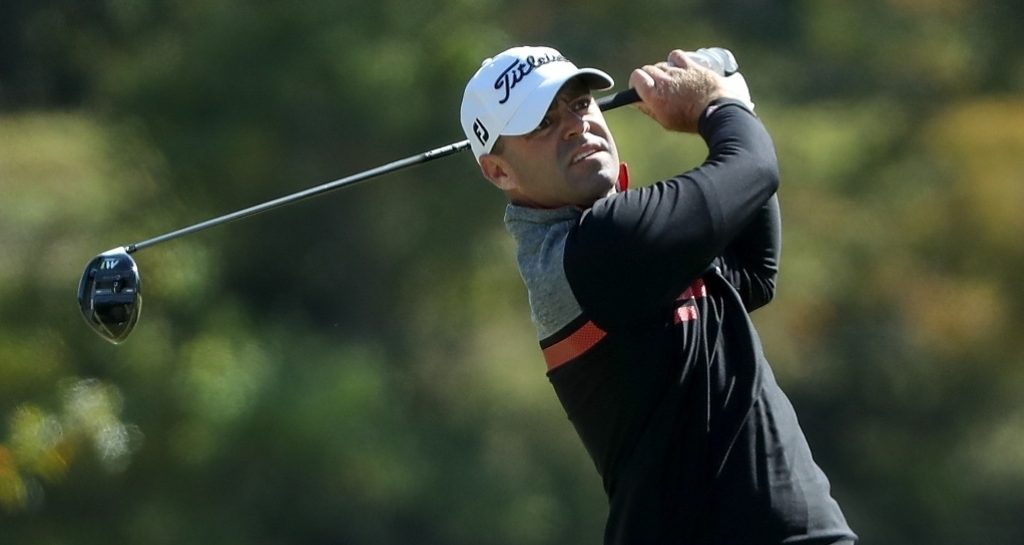 Ryan Armour will take a commanding five-shot lead into the final round of the Sanderson Farms Championship in Jackson, Mississippi.

The 41-year-old will go in search of his maiden PGA Tour title at the Country Club of Jackson on Sunday, and stands an excellent chance of claiming his breakthrough win.

Armour first joined the PGA Tour in 2007, but lost his card a couple of years later and returned for a stint on the Web.com Tour.

He regained his playing privileges for the 2014-15 season but was back on the Web.com Tour in 2016, earning his maiden win on that curcuit at the Panama Claro Championship.

In Saturday’s third round in Jackson, Armour left his rivals trailing in his wake with a superb five-under 67 that included four birdies in a row from the 13th.

That left him five strokes clear of nearest challengers Chesson Hadley and Vaughn Taylor, who had rounds of 68 and 70 respectively.

Lying in a tie for fourth a further shot behind are Scott Strohmeyer, Beau Hossler, Ben Silverman and Seamus Power.

At sevens shots back, Brian Stuard is probably the last of the players with any real shot of overhauling Armour, unless the leader has a disastrous day at the office.