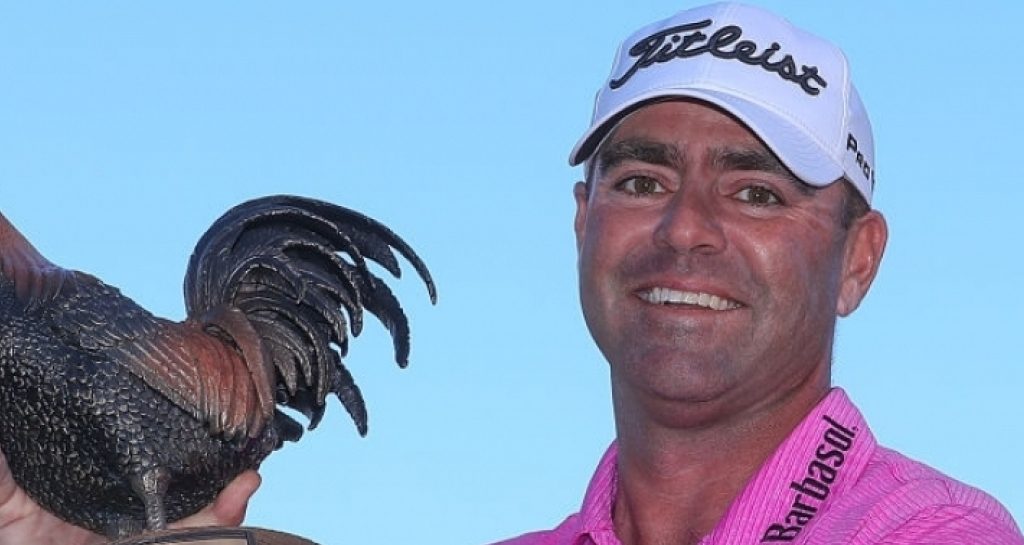 Ryan Armour won his first PGA Tour title at the Sanderson Farms Championship in Mississippi on Sunday with a comfortable five-stroke victory.

Armour had gone into the final round leading by the same margin at the Country Club of Jackson and never looked in trouble as he fired a final round of four-under par 68 to keep his nearest challenger Chesson Hadley at arms length.

Hadley, who also shot a 68, finished second on 14-under par, while Jonathon Randolph claimed third spot after carding a 67 to finish on 12 under.

Two shots further back were Smylie Kaufman, Brian Stuard and Scott Strohmeyer in a tie for fourth place.

A 45-footer to seal your first TOUR win? Clutch.

Armour started his final round strongly, birdieing the second hole and adding another with a 10-foot putt at the third. He added another birdie from 20 feet at the short seventh.

Hadley’s runner-spot was his best PGA Tour finish since 2014, as Randolph moved up the leaderboard after going out with seven birdies before dropping a couple of shots coming home.