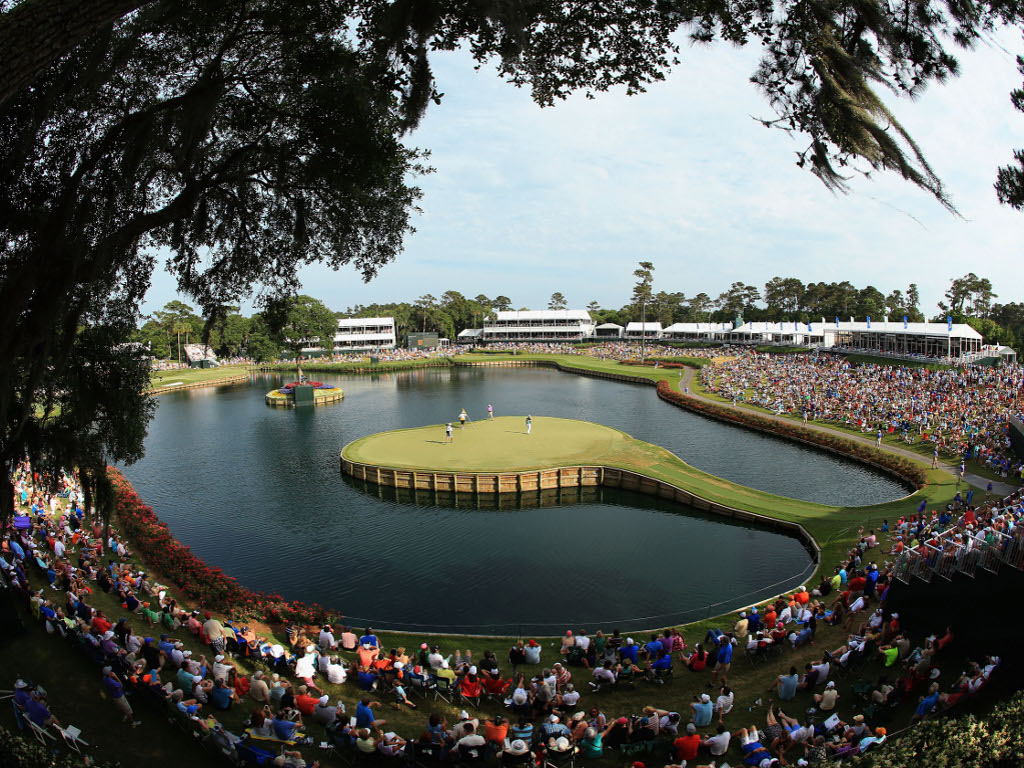 The 17th at TPC Sawgrass is one of the most recognisable holes in golf, at least until Hurricane Irma came along this weekend.

Irma has wreaked destruction across the Caribbean and the American state of Florida and TPC Sawgrass did not escape its wrath. To give you an idea, here is what the island green at the 17th looks like on during the Players Championship…

And here is what it looks like after this weekend…

While these images are shocking, it is not much compared to the havoc the category five hurricane caused on the way to landfall in the US. Our thoughts are with those affected. And the greens-keeper at TPC Sawgrass, of course.