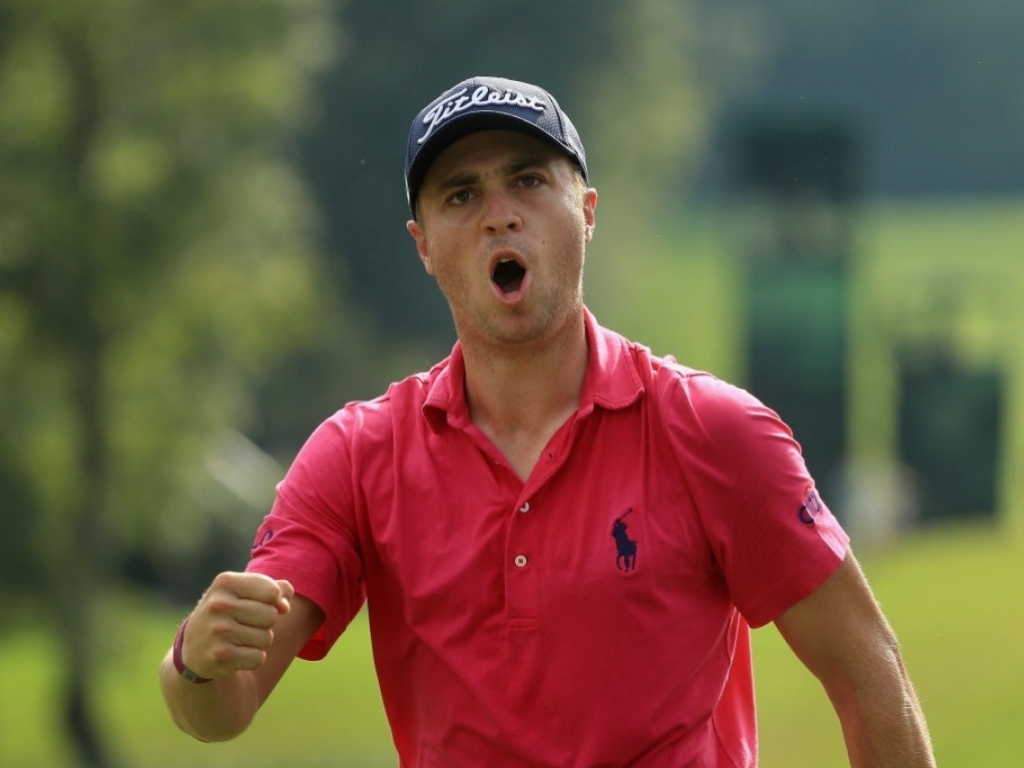 Justin Thomas picked up the biggest payday in golf on Sunday at the TOUR Championship, and his friends were there to congratulate him.

Thomas earned a cool $10 million in the process and has moved up to fourth in the world rankings.

Probably having just had a shower, buddy Rickie Fowler and others were waiting for the 24-year-old to give him a shower of a different kind…