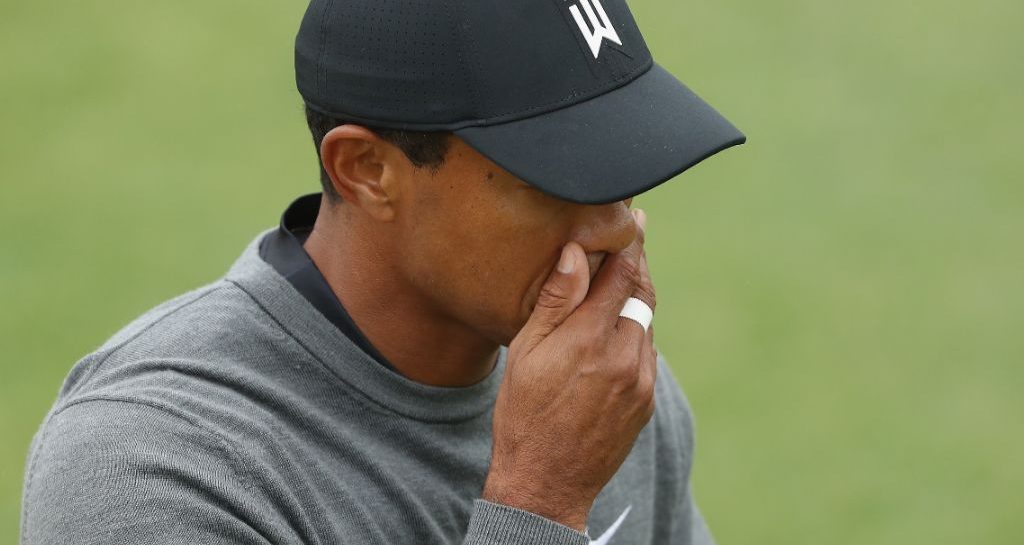 Tiger Woods missed the cut for only the third time at the US Open after enduring another miserable day at Shinnecock Hills.

Although Woods was able to improve on his opening round of 78 with a second day 72, the 42-year-old still finished at 10 over par at the halfway stage – two shots adrift of the cut line.

The 14-time major winner actually began his day with a birdie, but it wasn’t a sign of things to come. He registered a double bogey at the first – where he had endured a triple bogey on Thursday – along with bogeys at the second, six, 14 and 18.

The current projected cut line is +9, but it's not getting easier out there. pic.twitter.com/Xz3qDr5itx

“I’m not very happy the way I played and the way I putted,” said Woods.

“I wanted to shoot something around 68, 67, and I thought that would have been a great score. I looked at it as kind of progressively putting myself back into position, but I couldn’t chase down the leaders right away.

“It would have taken two-and-a-half to three rounds to do that – unfortunately I went the other way.

Birdie on 1.@TigerWoods is off and running. pic.twitter.com/VQ4Y7JzNUu

“It’s just what I’ve done the last few events, I just haven’t putted well. You know, if I could have putted like I did at the beginning of the year with this ball-striking, that would be ideal. Unfortunately, I just haven’t done that.”

Woods wasn’t the only high-profile player to miss the cut after Rory McIlroy, Sergio Garcia, Jason Day and Adam Scott were also eliminated.