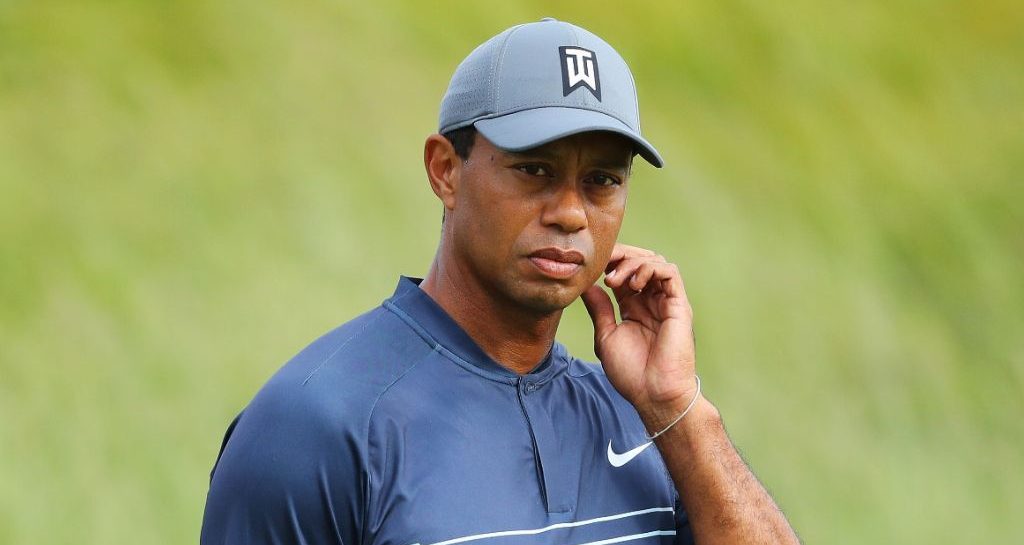 Tiger Woods blamed his putting for a miserable opening day at the US Open after beginning his tournament with an eight over 78.

Woods started his round with a triple bogey on the first and it proved to be a sign of things to come after the 14-time major winner wracked up a pair of back-to-back double bogeys on the back nine.

There was just one birdie for the 42-year-old, who along with the likes of fellow big names Phil Mickelson, Jordan Spieth and Rory McIlroy faces a major fight to even make the cut.

Tiger's first tee shot at the #USOpen since 2015. pic.twitter.com/o2HJ2oK9Rm

“I thought I drove it pretty darnn good for most of the day, but I just never really took advantage of the opportunities. And making a triple and two doubles, that’s not very good.

“It’s tough out there, but I shouldn’t make two doubles and a triple. I hit two bad putts on one and two, and for most of the day I just didn’t putt well.

“After that start, all I had to do was to try to shoot even par for the next 16 holes, and I’d be just fine. The guys weren’t going anywhere today, so I needed to hang in there. I kept reminding myself that Lanny Wadkins almost pulled himself in a play-off in ’86 with a round in the mid-60s on Sunday, so it can be done. This golf course is kind of setting up for that right now.

One thing I appreciate about @TigerWoods is most of the time when he posts a high number he faces the media and doesn’t duck out. pic.twitter.com/JcMCTD6TsA

“It’s frustrating because I’m hitting it well, but in the last, I think, four tournaments, I have not putted well. So if I can putt like I did at the beginning of the year, we’ve got something. I just haven’t done that.”