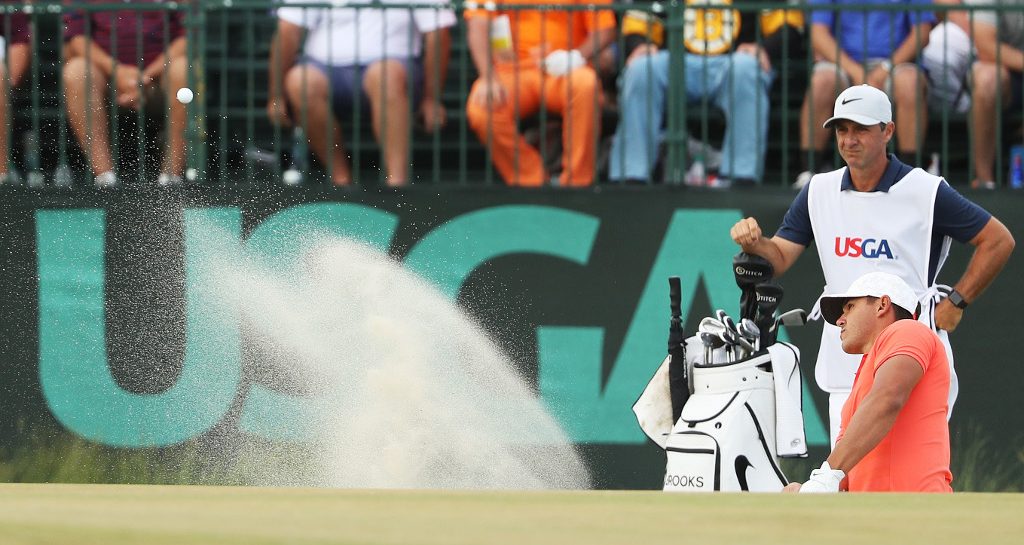 The USGA admitted it was at fault on Saturday, with several players blasting the US Open course set up at Shinnecock Hills following a day described as ‘pure carnage’.

Overnight leader Dustin Johnson saw his four-shot lead disappear after firing a seven-over par 77, saying later that “I don’t feel like I played bad,” while many other players struggled on the lightning fast greens that saw good shots turn into bad as they rolled way past the hole or off the green altogether.

That lead to heavy criticism from the players, who thought the combination of tough pin placements and super dry greens had made life too difficult for them – a repeat of criticisms levelled at the association the last time the US Open was held at Shinnecock in 2004.

That's the highest for a third round in the #USOpen since 2000 at Pebble Beach. pic.twitter.com/D56qOOnWzK

Zach Johnson, who finished tied for 16th place after a 72, said the USGA had “lost the golf course.”

“Unfortunately, they’ve lost the golf course…. I feel for the spectators because they are seeing pure carnage.”

2013 US Open champion Justin Rose, one shot off the lead at four-over par after a 73, also accused the USGA of going too far. “I feel like it was on the line, and I think some of the pin placements were over the line.”

Rafa Cabrera Bello called it “not a fair test of golf” after he finished his 76 with a triple bogey.

Painful finish with a 7 at the last that ruins a pretty decent day. Regardless, it was not a fair test of golf. Greens were unplayable, with unnecessary pin positions. @USGA found a way to make us look like fools on the course.A pity they manage to destroy a beautiful golf course

Responding to the criticism, USGA chief Mike Davis admitted that the weather conditions had made it hard: “We will admit there were some aspects of the set-up where we went too far, in that well-executed shots were not rewarded and in some cases penalised.”

“It got too tough in some areas. If we got a mulligan, we would have slowed the greens down this afternoon. We are confident we can slow the golf course down going into Sunday.”

That wasn’t enough for the likes of Ian Poulter.

Thanks guys did Bozo set the course up or are the @USGA going to accept responsibility or just say “IF WE HAD A MULLIGAN” I would have liked about 6 mulligans today. But they are not allowed at this level. “Apparently” pic.twitter.com/O08vOpNlTx