Tiger Woods pleased with gutsy, scrambling round at Pebble Beach 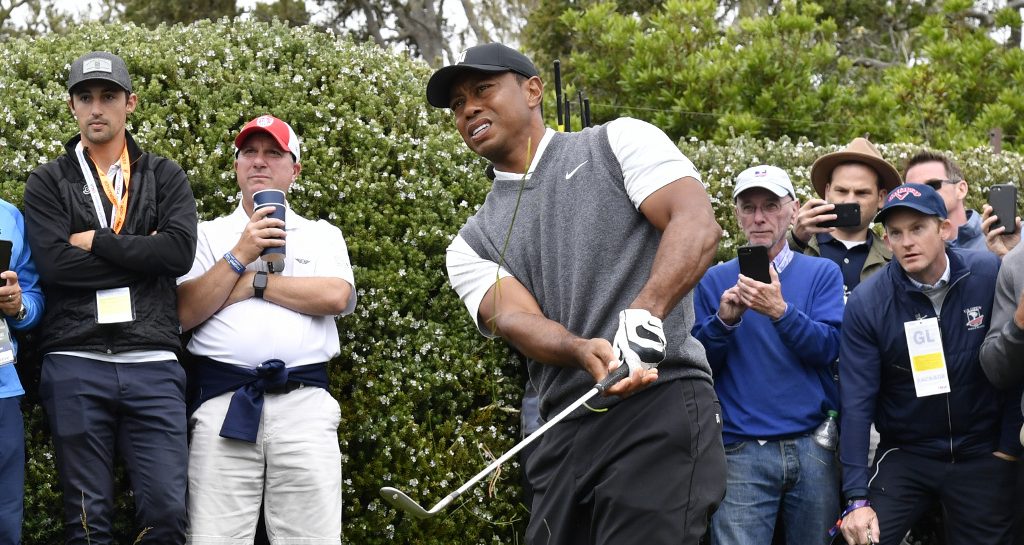 Tiger Woods was happy to salvage a one-under-par 70 in tricky conditions on the opening day of the US Open at Pebble Beach.

Woods struggled from tee to green but was able to count on his excellent short game to finish under par for the day, five shots off Justin Rose’s lead.

Returning to the venue where he won the first of his three US Opens with a startling 15-shot victory back in 2000, Woods fired three birdies on the front nine, but also had a nasty double-bogey sandwiched inbetween.

The back-nine was a bit of a struggle and Woods often showed very visible signs of frustration with his game, kicking at the sand and cursing at himself with regularity, but he managed to keep it together with nine straight pars to stay in the hunt for a 16th major title.

Some of those pars didn’t come easy either, like at the 14th where he needed to hole a 30-footer to escape without a bogey.

“It’s typical Pebble Beach where the first seven holes you can get it going, and then after that you’re kind of fighting and kind of hanging on,” Woods said afterwards.

“I kind of proved that today. I had it going early and had to fight off through the middle part of the round and hung in there with pars. Very pleased to shoot under par today.

“It seemed like the majority of the guys were under par through the first seven holes, and then nobody was making hay after that,” Woods added. “And it was a little bit tricky.” 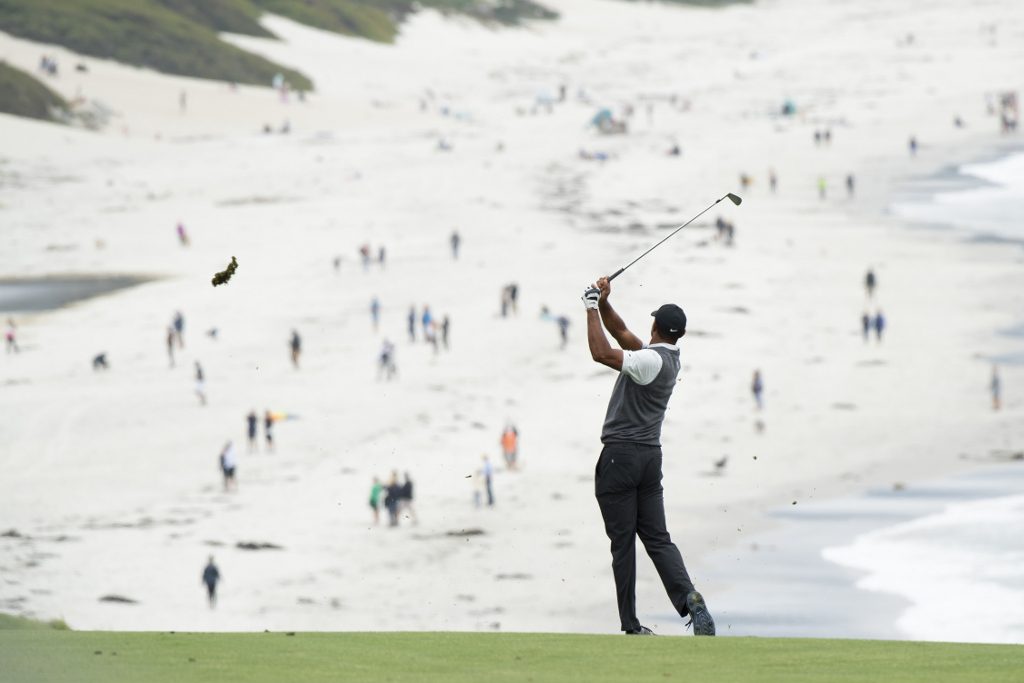 The double-bogey came after he found himself caught between clubs at the short fifth and hit a 6-iron way left. The ball bounced on the cart path and finished up even farther away from the hole. He pitched it through the green before chipping past the pin and missing a 10-footer for bogey.

“A terrible tee shot,” he said. “I was in between clubs. I wasn’t committed to hit a 6-iron. I know from playing the practice rounds that I probably should hit 7 because I can hit it 15 yards short of the green, and there’s a little shelf there that will funnel the ball onto the front part of the green.

“And I hit a terrible shot, but the second shot was good. But the mistake was the third shot, and I hit it above the hole. And a simple little pitch shot, if I leave it 10 feet below the hole, easy shot, move on with the bogey.”

On his nine straight back-nine pars and his gutsy performance on the greens, which saw him make several clutch par putts, Woods said: “It’s just fighting it out and grinding it out. But I still say that it’s important to miss the ball in the correct spots. And, granted, I made a few putts today, but they were all uphill. Hitting the ball in the correct spots, if I happened to not feel comfortable with a number, dump the ball 30, 40 feet, move on about my business.”