Rose and Poulter remain positive despite late US Open stumbles 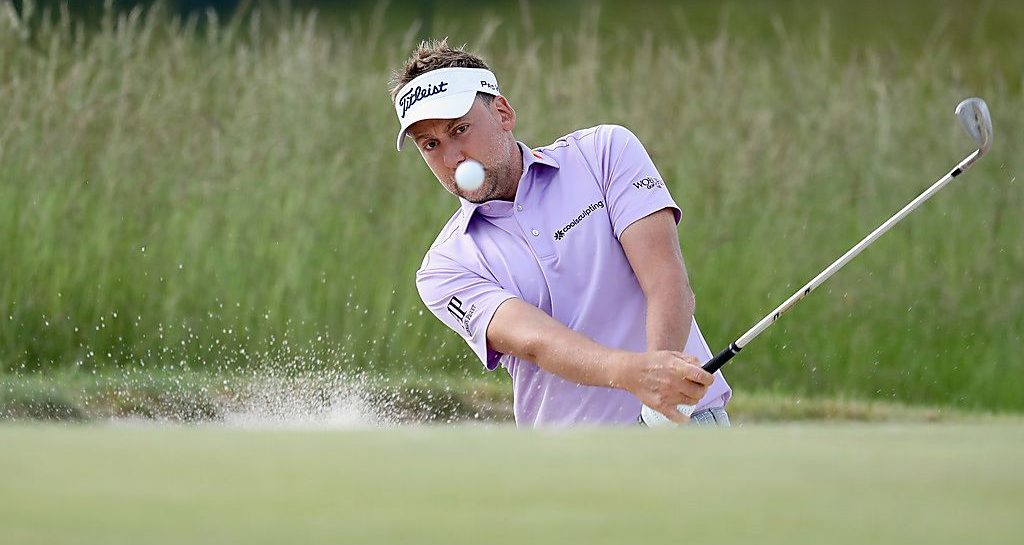 British golfers Justin Rose and Ian Poulter both vowed to remain positive going into the weekend at the US Open despite being five shots off the pace set by Dustin Johnson on Friday.

Americans Scott Piercy and Charley Hoffman lead the chasing pack at level par, with the latter shooting 69, while Poulter lies alongside Rose, Tommy Fleetwood, Henrik Stenson and defending champion Brooks Koepka at one over.

Johnson held the joint overnight lead heading into the second day at Shinnecock Hills and created a healthy buffer from the chasing pack after shooting a three-under-par 67 to move to four under overall.

Poulter had been within one shot of the world number one ahead of the final two holes, but suffered a triple bogey at the 17th followed by a bogey at the last to drop down to one over par.

That left Johnson with a big advantage, as the only player in the field to lie under par

Rose was two under for the day and just three behind Johnson with two holes remaining, but his bogey-bogey finish dropped him back to one over par for the tournament.

“It’s a round I’ll obviously take,” said Rose afterwards. “That bogey-bogey finish is frustrating now, but once everybody has tapped in, I’ll re-evaluate and look at my position and think I’m in a great spot going into the weekend.

“Obviously, the three-putt on eight was disappointing, and a bit of concentration just seemed to go over the last couple of holes. I felt it got very distracting, the crowds were thinning out and there was a lot of movement off the ball. There was a lot to deal with coming down the stretch, and I wasn’t able to deal with it very well.

“But it’s job done really for the first two days. You can’t win it through two rounds, and even if I had a six-shot lead right now, I’d be thinking the same way tomorrow. It’s just about putting one foot in front of another, we add it up after 72 holes and see where we’re at.

“I think this is a great start and a good position to build the week from. I can’t change that finish today, so there’s no point dwelling on it, honestly. I’m very happy with the position I’m in, and it’s all about who’s going to go out and play the best golf on the weekend.

“Even if I was four back going into tomorrow, I’d love my position so we’ll just see how it plays out.”

Poulter said after his round that he still felt ‘right in it’ despite being tied for fourth.

“I’m one over par in a US Open, so I’m not sure how else to look at it,” he said. “There’s only a couple of US Opens that, if someone offered you that on a Wednesday, where you perhaps wouldn’t take it. I’m right in it, I’m tied for fourth.

“There’s a disaster on every single hole. Yesterday, I think I saw a stat that every hole was double-bogeyed. A thousand over par from 150 something guys. I mean, the stats don’t lie. US Open golf, and especially this golf course, is extremely tricky.

“So I’m in the hunt, I’m happy, I’ll go and rectify a couple of those poor seven-irons and we’ll have a nice dinner.”