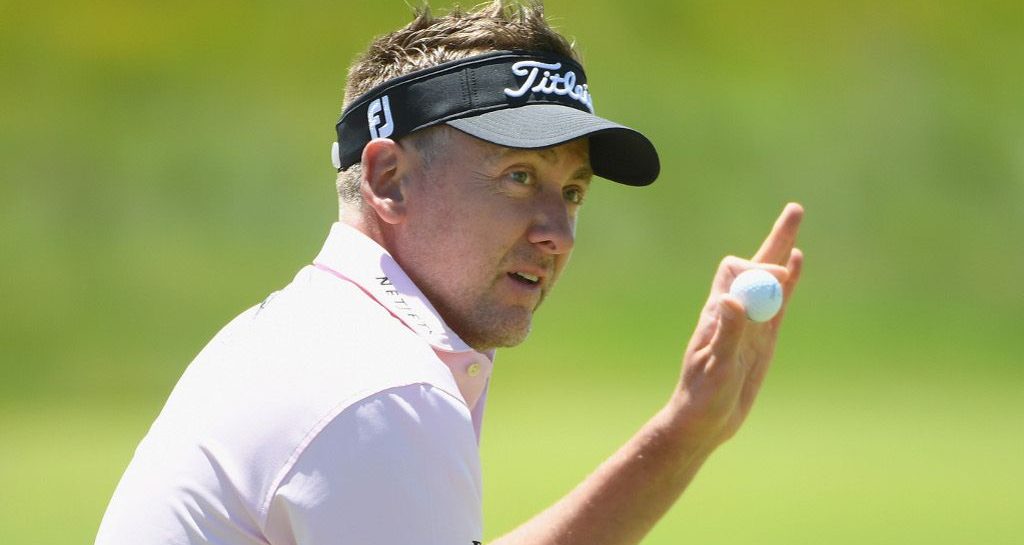 Even as many big names were tumbling down the US Open leaderboard on Thursday, English duo Ian Poulter and Justin Rose were making it look easy.

Poulter produced a particularly remarkable performance considering the brutal conditions on offer at Shinnecock Hills for the opening round of the year’s second major championship.

A combination of strong winds, slick greens and unforgiving rough led to some rare high numbers from the world’s best players, including an 80 for Rory McIlroy and a 78 for Jordan Spieth.

But despite also getting the worst of the morning conditions, Poulter managed to drop just two strokes all day while draining three birdies for a one-under-par 69.

Piercy and Poulter posted an early pair of 69s on Thursday at the #USOpen! pic.twitter.com/5eVZJeSmDL

That left the 42-year-old just one shot off the lead midway through the opening day.

“I’m here to enjoy my golf this week, to play freely,” said Poulter, who admitted he found previous US Opens to be too stressful but was trying a different approach this time around.

“It’s difficult for everyone. Today is just a good day, and I’ve got three tough days left.”

Fellow Englishman Rose also had a lot to smile about. His one-over-par 71 was certain to leave him very well placed heading into day two.

The 2013 US Open champion’s unerring consistency and accuracy meant he avoided trouble where many others could not.

Being in a bunker is just as good as being on the green for Justin Rose today. #USOpen pic.twitter.com/Sa3WNIXc8k

“I think I missed only one fairway, so from the fairway I had some control of the ball,” Rose said.

Rose said he very much enjoyed the challenge on offer at Shinnecock, despite the difficulty involved.

“I enjoy it. It’s a different type of enjoyment, right? I enjoy the battle. I enjoy the fight. I enjoy the grind, really,” he said. “I do enjoy it, especially when you’re on the right side of the fight. When you get a bit cut up and bruised, it can change pretty quick.”

The 37-year-old’s performance was made even more impressive by the fact that he was struggling with hay fever all day.