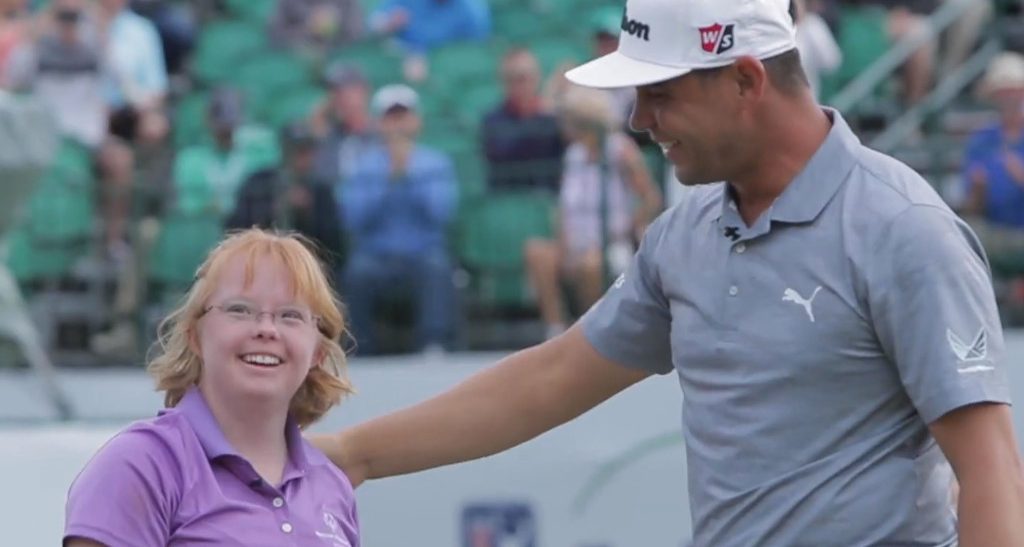 Gary Woodland had one very special supporter cheering him on on Sunday. You might remember her.

Earlier this year at the Phoenix Open, Woodland teamed up with the Special Olympics and the PGA Tour to surprise Amy Bockerstette – a 20-year-old golfer with Down Syndrome – with a chance to play TPC Scottsdale’s signature hole, the 16th.

Impressively, Bockerstette managed to par the hole after blasting her ball out of a bunker and sinking the lengthy putt.

The resulting video went viral, in part because of Bockerstette’s amazing performance but also because of Woodland’s enthusiastic and supportive response:

Woodland later called it one of the coolest moments he’d ever experienced, and said he’d never rooted harder for someone on a golf course.

The video won him a whole host of new fans – Bockerstette included, of course.

She was watching every shot of his final round at the US Open on Sunday, supporting her old friend all the way, and her family recorded her reaction to Woodland’s victory:

And during his press conference following his victory, Woodland had to call her up and share the special moment with her.

Back in January, when her shot at TPC Scottsdale found the bunker, Woodland offered to get it out for her, but Amy had her own ideas.

Woodland said he used that moment over and over again as inspiration at Pebble Beach on Sunday.

“I told myself that a million times today,” he said. “I’ve got this.”