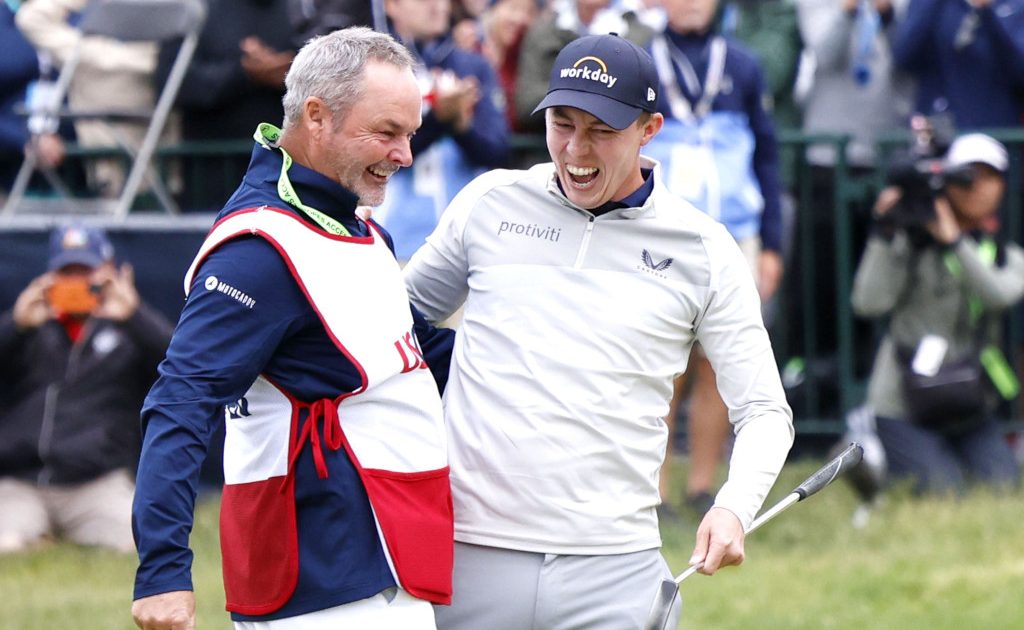 Veteran caddie Billy Foster will party for a week after Matt Fitzpatrick’s US Open victory became the “shining jewel” of his lengthy career.

Leeds fan Foster and Sheffield United supporter Fitzpatrick put aside their footballing differences to form a brilliant team at Brookline, where Fitzpatrick added major championship glory to his 2013 US Amateur victory.

It was the 27-year-old’s maiden major title and also a first for Foster after a 40-year career which includes spells working for the likes of Seve Ballesteros, Lee Westwood, Darren Clarke and Thomas Bjorn.

“I’ve obviously had quite a few lovely days over the years with Seve and when Darren beat Tiger Woods to win the WGC Match Play,” Foster said.

“I’ve had a lot of great days at the Ryder Cup, but this is obviously the shining jewel, 100 per cent.

“I’ve got to admit I didn’t think it was going to happen for me. My time is running out. I’ve probably only got another two or three years of caddying left in me.

“Getting down to your last few majors, are you ever going to win one? Probably not. I’m so happy. I’m so happy for him (Fitzpatrick) too.

“He said to me on the 18th green, that’s the best I’ve ever played. It’s as good as I’ve ever seen anyone play from tee to green. To hit 17 out of 18 greens (in regulation) on that course in a US Open under that pressure, it’s hard to top that. It was just brilliant.”

Foster was on Bjorn’s bag when the Dane squandered a three-shot lead with four to play in the 2003 Open, and was working for Lee Westwood when he three-putted the 72nd hole to miss out on a play-off six years later at Turnberry.

“I’ve been out here for 40 years and I’d seen a lot of my mates win majors,” Foster added. “I had gone so close over the years.

“Darren had his chances, Thomas at Sandwich, Westy (losing) to (Phil) Mickelson at the Masters and three-putting at Turnberry. There was a lot of heartbreak in there, a lot of scar tissue.

“Someone said I’ve got that monkey off my back. It felt more like a gorilla. I’ll enjoy it now and I’ll enjoy it all this week. It will be one long party and I’m going to have a liver like a space hopper.”