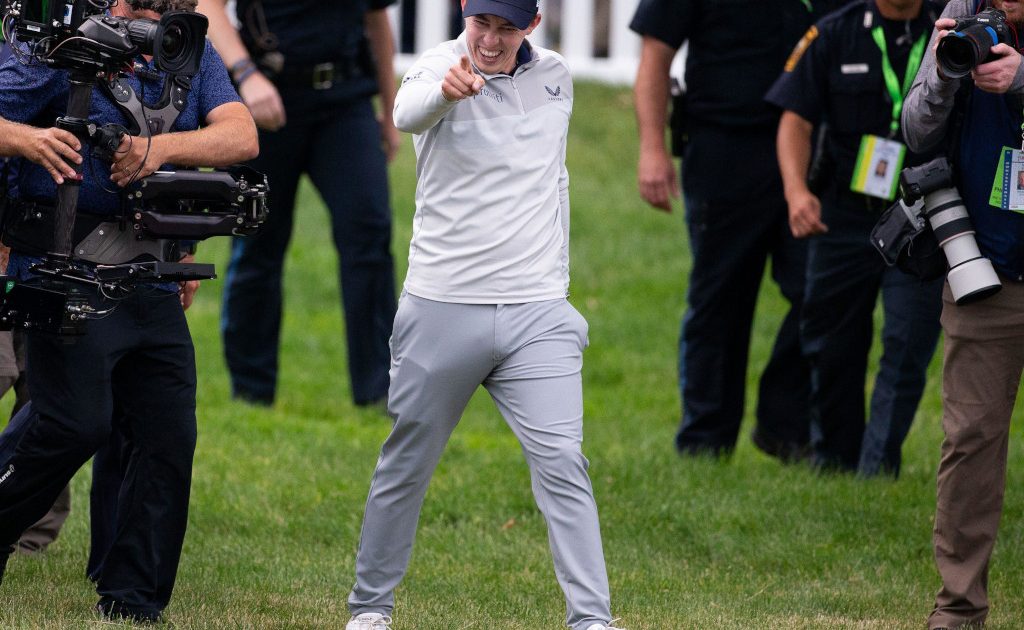 Matt Fitzpatrick has been tipped to become one of the most dominant players in the world following his US Open triumph.

Fitzpatrick held his nerve in a tense climax on Sunday evening to secure his first major title by a shot from playing partner Will Zalatoris and world number one Scottie Scheffler.

Nine years after winning the US Amateur title at Brookline, the 27-year-old from Sheffield made a superb par from a fairway bunker on the 18th to join Jack Nicklaus as the only players to win the US Amateur and US Open on the same course.

Nicklaus, who achieved the feat at Pebble Beach, hailed Fitzpatrick’s closing 68 as “one of the great rounds of golf I have ever seen” in the final round of a US Open, while six-time major winner Nick Faldo hailed an “awesome ball striking display” and “tons of British bottle”.

But it was left to Fitzpatrick’s veteran caddie Billy Foster to predict his employer can continue to improve after climbing to a career-high 10th in the world rankings.

“I think he’s going from strength to strength and he will become one of the most dominant players in the game,” said Foster, who could also celebrate his first major win after near-misses while working for the likes of Seve Ballesteros, Lee Westwood, Darren Clarke and Thomas Bjorn.

“I always thought he was a winner but I must admit I didn’t think he’d become as good as he has. He’s far better than I thought.

“He has an incredible work ethic, no-one works harder. I can see him winning further majors.”

That is precisely what Fitzpatrick aims to do after revealing following his second round that he believes it takes a tally of six majors – the record for a European player held by Faldo – to be considered a legend of the game.

“That’s the number that we all agreed on. I’ve got a bit of a way to go, but it’s a good start,” Fitzpatrick said in his winner’s press conference.

“It’s funny, after Shane (Lowry) won the Open we were playing somewhere and he was telling me a story of one of his mates giving him abuse or he wasn’t playing very well or something.

“And he just said it didn’t really matter though because he just thought ‘I’ve won a major’. I’ll be using that one a lot for when things aren’t going my way.

“But definitely you want to go win more now, there’s no doubt about that. I’ll just keep doing what I’m doing. I’m not trying to change things.

“I’ll probably have a sit-down meeting with everyone and just try and make the right decisions going forward. It’s easy to still go off track. I’ve just got to keep doing what I’m doing, and hopefully more will come. I’m delighted with one so far.”

The next major is the 150th Open Championship at St Andrews, where Zach Johnson defeated Louis Oosthuizen and Marc Leishman in a play-off in 2015.

Fitzpatrick was not in the field having only turned professional 13 months earlier, but the following week he finished runner-up to fellow Sheffield-born major winner Danny Willett in the European Masters and a first European Tour title arrived in the British Masters in October.

“It (The Open) will be great,” Fitzpatrick said. “I love playing St Andrews. It’s a great golf course and now I’m a bomber I’ll probably be driving most of the greens!

“I’m looking forward to it. I’ve got two weeks off now, which I couldn’t be happier about. Get my head around a few things, and then I guess we’ll go to St Andrews.”