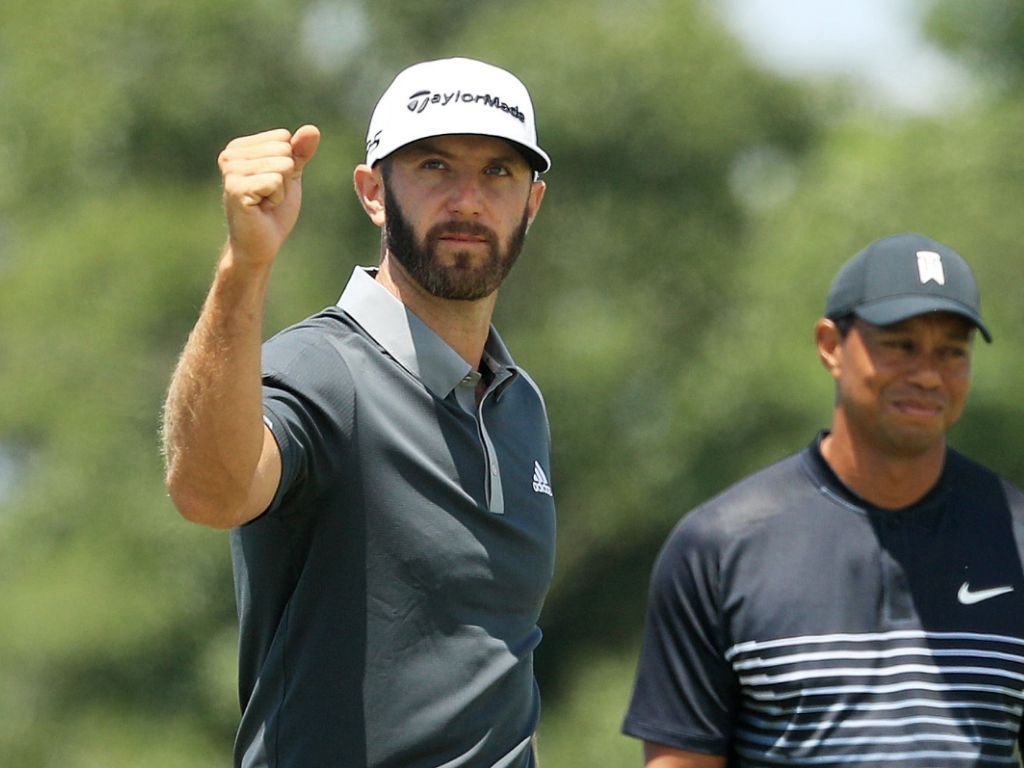 Dustin Johnson moved four shots clear at the US Open after challenger Ian Poulter fell away with a dreadful finish to his round.

Johnson held the overnight joint lead heading into the second day at Shinnecock Hills and created a healthy buffer from the chasing pack after shooting a three under 67 to move to four under overall.

Poulter had been within one shot of the world number one ahead of the final two holes, but he endured a triple bogey at the 17th followed by a bogey at the last to drop down to one over par.

That left Johnson with a big advantage, as the only player in the field to lie under par.

“Going into [Saturday], I’m going to stick to my game plan, stick to trying to play the holes how I have the first couple days and see what happens.”

Despite the testing weather conditions, Johnson finished with four birdies to his name – including a 45-foot putt on the par three seventh – with his only bogey coming at the first after finding a greenside bunker.

Fellow Americans Scott Piercy and Charley Hoffman lead the chasing pack at level par, with the latter shooting 69, while Poulter lies alongside Justin Rose, Tommy Fleetwood, Henrik Stenson and defending champion Brooks Koepka at one over.

Koepka and Fleetwood enjoyed the biggest surges up the leaderboard after both shot 66.

However, there will be some big-name absentees from the final two days of the tournament after Tiger Woods, Rory McIlroy and Jordan Spieth were among those to miss the cut at eight over.